Crysis Remastered released at the tail end of the PS4 and Xbox One generation of systems. While offering many improvements over the original game, the remaster felt somewhat limited in a number of ways, due in part to their release on 7 year old hardware. With both the PS5 and Xbox Series of devices now more than 4 months into their lives, Crysis has been updated to take full advantage of these new systems.

In an announcement by Crytek, the ‘Console Update’ to Crysis Remastered brings with it a number of enhancements and additions. Alongside a slew of bux fixes, PlayStation 5 players will now see 3 different modes available to them: Performance mode at 1080p and 60fps; Quality mode at 1800p and (perhaps a less stable) 60fps; and finally a RayTracing mode at 1440p and 60fps.

Xbox Series X will see similar options, however the Quality mode will be bumped up to a full 2160p at 60fps. Lastly, while the performance mode on the Series S is the same, the Quality and RayTracing modes match the Series X in resolution, but drops the frame rate to 30fps. 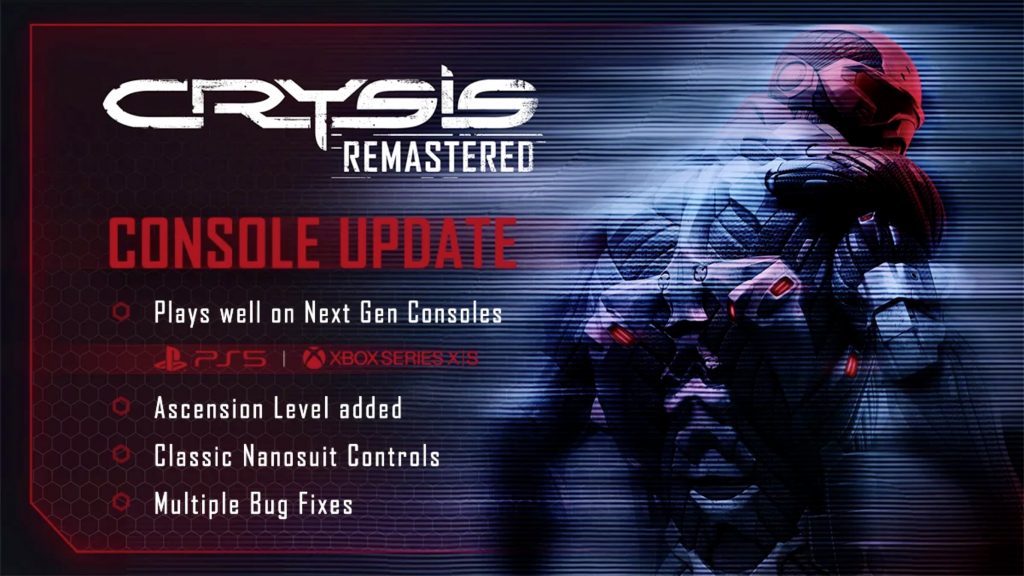 Other additions with this update include the Ascension level, which was previously only ever playable on PC and classic nanosuit controls for those who prefer it.

Crysis Remastered offered a way for many new fans to experience the original PC-melting title with even more modern enhancements. This new update serves to only polish this game up further, giving it a new lick of paint 13 years after its initial release. The ‘Console Update’ is available now.

KitGuru says: Are you excited for this update? Which of the modes would you pick? Could your PC run Crysis back in the day? Let us know down below.