Each month, Sony gifts its PlayStation Plus subscribers with a number of games for free. Though the quality and quantity of the titles are often quite consistent, for the month of March the console manufacturer has seemingly upped both, as 4 games will be offered for free, one of which is Final Fantasy VII Remake.

From the 2nd of March, all PlayStation Plus subscribers will be able to get their hands on: 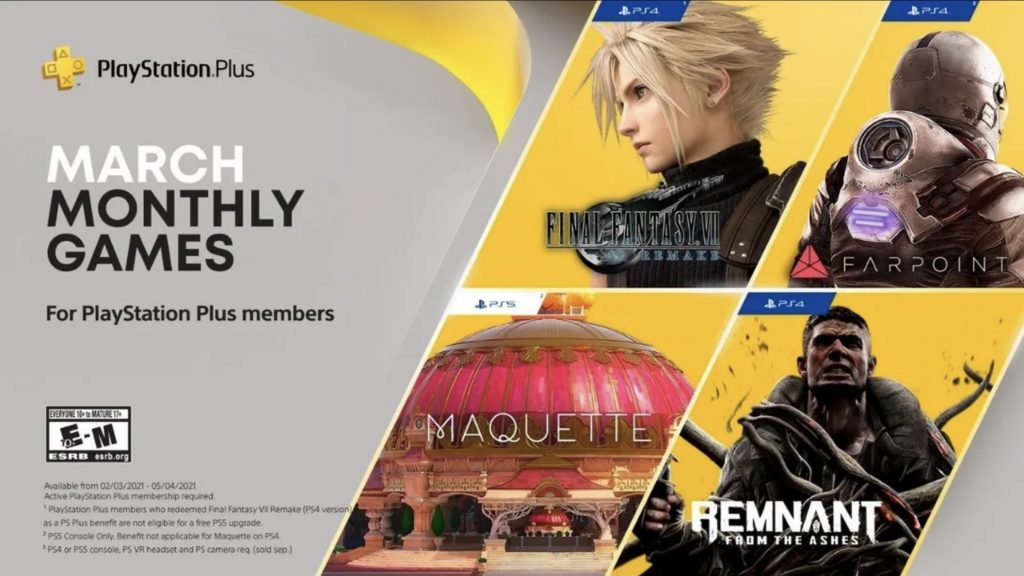 The headlining title is undoubtedly Final Fantasy VII Remake. Released on the 10th of April 2020 exclusively for PS4, the remake of the PlayStation 1 classic garnered universal love and fanfare, selling over 5 million copies by August. Recently it was announced that the game would be receiving a free PS5 upgrade. Unfortunately, the PlayStation Plus version will not get this free upgrade. Even so, the last-gen experience is still incredibly solid, and should not deter anyone from playing this game.

The other notable title is Maquette – a PS5 “first-person puzzler designed around a Escher-esque recursive simulation”. Its inclusion is notable as it is launching on PlayStation Plus simultaneously with its global release. PlayStation recently announced its intention to offer more simultaneous releases through PS Plus, a strategy which seems to already be in motion.

KitGuru says: What do you think of this month’s offerings? Which of these games are you interested in? Will you play Final Fantasy VII Remake, or wait for the PS5 release? Let us know down below.