God of War’s 2018 soft reboot was created to inject new life into a classic PlayStation franchise which had started to feel stale. Evidently, it did just that, as the game went on to become a massive success, winning Game of the Year, selling millions of copies and putting Kratos back into the limelight. Ahead of the game’s recently announced PC release, it has been revealed that the game is the 2nd best selling PlayStation title of all time.

Alongside the announcement that 2018’s God of War is coming to PC on the 14th of January 2022, the team at Sony Santa Monica revealed that “As of August 2021, 19.5MM copies for God of War on PlayStation 4 have been sold through and we can’t wait to share that experience with a whole new group of players on PC.”

While massively impressive in its own right, comparing it to other PlayStation titles helps to show just how successful the game truly was. PlayStation often keeps its sales data for its games close to the chest. That being said, of the data that has been made publicly available, God of war 2018 is the 2nd best selling first-party PlayStation game of all time – only behind The Last of Us (which has sold over 20 million copies). 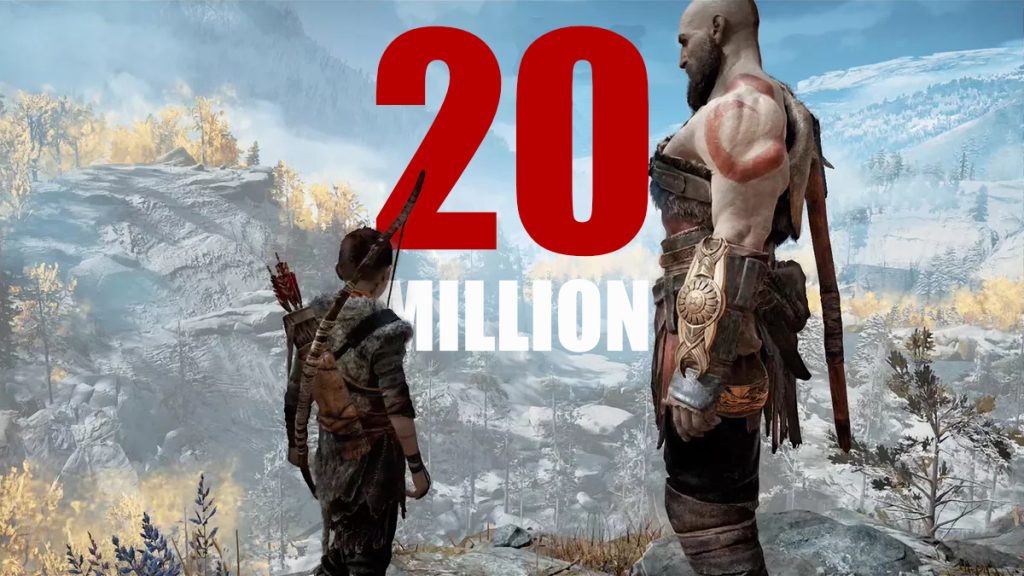 Of course, it is entirely possible that other games have sold more (Marvel's Spider-Man is estimated to have sold over 20 million copies, and Uncharted 4 has been played by over 37 million people), however with how secretive Sony is when it comes to these numbers, it is hard to know. Still, 2nd best, 3rd best, or 7th best, there is no denying that God of War 2018 is a massive success.

Other interesting things to note is the fact that excluding remasters and collections, 2018’s title outsold all other God of War games combined – truly pushing the franchise to new heights. With so many copies sold on PlayStation alone, it will be interesting to see how much further the game is pushed by coming to PC. We will have to wait and see.