KitGuru Games: Returnal and the Power of the DualSense

I have been one of the fortunate few to have gotten my hands on a PS5 on launch day (I have a poorly managed sleep schedule and luck to thank for that – as well as miscommunication on the part of retailers allowing me to pre-order one when most people were sleeping). While many of the PS5’s features offer a noticeable step up from previous generations – such as the speed, graphics, frame rate and more – for me, the biggest game changer is the DualSense and the way in which it utilises haptic feedback and its triggers. 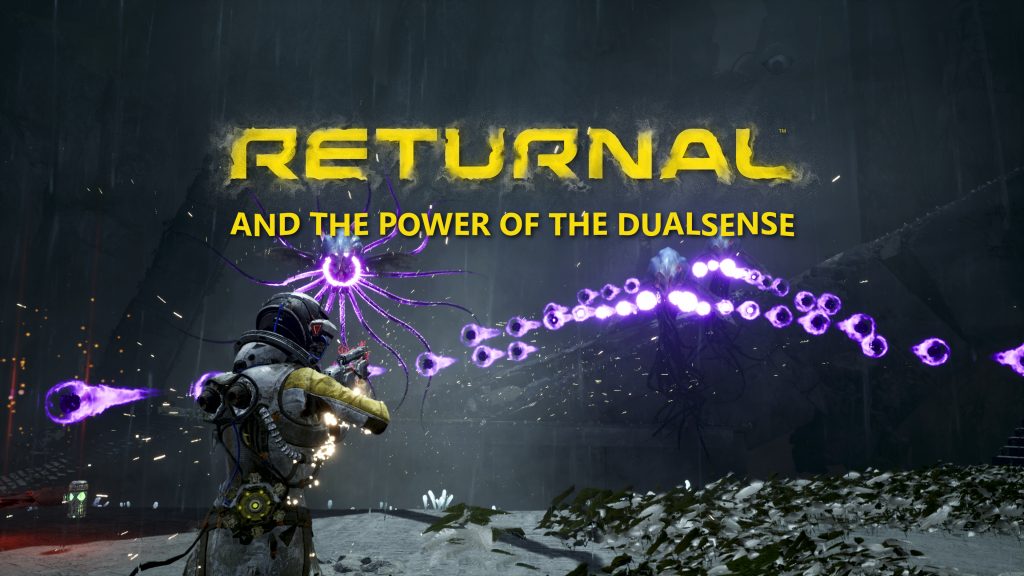 The potential and power of the DualSense (in my opinion) has been realised fully in the Housemarque title Returnal. Hailing from a studio known for its gameplay-first approach, the DualSense and its features needed to not get in the way of the gameplay itself. While an argument can be made that multiplayer first-person shooters are only hampered by haptics in a competitive environment, the use of haptic feedback and the Adaptive Triggers in Returnal lent themselves to improving gameplay.

Firstly: The Adaptive Triggers. In Returnal, the L2 trigger serves two functions: it allows you to aim both your primary fire, and secondary fire, depending on how much force you put on the trigger. This allows the player to focus on the screen, no longer requiring them to move their fingers to a different button in order to activate different firing modes. All of this is in service of not only allowing for greater reaction times, but once you get used to it (and I did very quickly) a more seamless shooting experience. The Adaptive Triggers and its implementation made me better at the game.

Secondly: The enhanced haptics. While less of a gameplay-altering feature, the haptics of the DualSense controller helps build immersion in a way that not only makes the gaming experience better, but assists with intuitive movement and gameplay. Once you reach a level of haptic precision as seen with the DualSense, vibrations are no longer simply used to make weapons feel better, but can also act as a way to target a human’s instinctive understanding of the game.

In Returnal this is done through a number of ways. The subtle vibrations as you dash, jump, move and fall all inform you of not only what actions you have made, but whether a high jump has damaged you, what state of a jump you are in, or how far you have dashed. Furthermore, the taps you receive when your secondary fire is ready means that you do not need to look to the HUD for confirmation – you simply know when it is ready. This again lends itself to making the gameplay more seamless, and allowing you to focus on the centre of the screen and its enemies without having your line of sight disturbed. This is not simply about immersion, but about teaching your instincts to become a better player.

Returnal is one of the most satisfying shooters I have played, and I truly believe that the haptic feedback and the adaptive triggers are a major part of this. Of course, it is down to developers to use these features in the correct way (for example, I believe Call of Duty: Black Ops Cold War fails in this respect), but when it is done correctly, the DualSense controller lets you not only be more immersed in the game you are playing, but helps you become a better player. While dual analogue sticks will never rival a mouse when it comes to precision, the DualSense controller makes a great argument for why haptics are so important to games.

KitGuru says: Returnal has showcased why the DualSense's new features are not just gimmicks but can actually be game changers when used in the right hands. While I think that some games still feel better to play with a mouse (an argument that I will discussed at a later date), I believe that when done correctly, the DualSense can make a game better. If you manage to get your hands on a PS5, I urge you to give Returnal a try.