The Switch has been an interesting system for Nintendo, as not only has the console manufacturer got themselves a device with record breaking sales, but is also seeing the same for its software. Perhaps the number 1 example is Mario Kart 8, which has now sold a total of 50 million copies.

What’s more, however, is the fact that when combined with the Wii U’s original release of Mario Kart 8, the title/s have sold a total of 51,810,000 copies. This makes Mario Kart 8/Deluxe the 7th best-selling game of all time, only behind Super Mario Bros; PUBG; Wii sports; Tetris; GTA V and Minecraft. 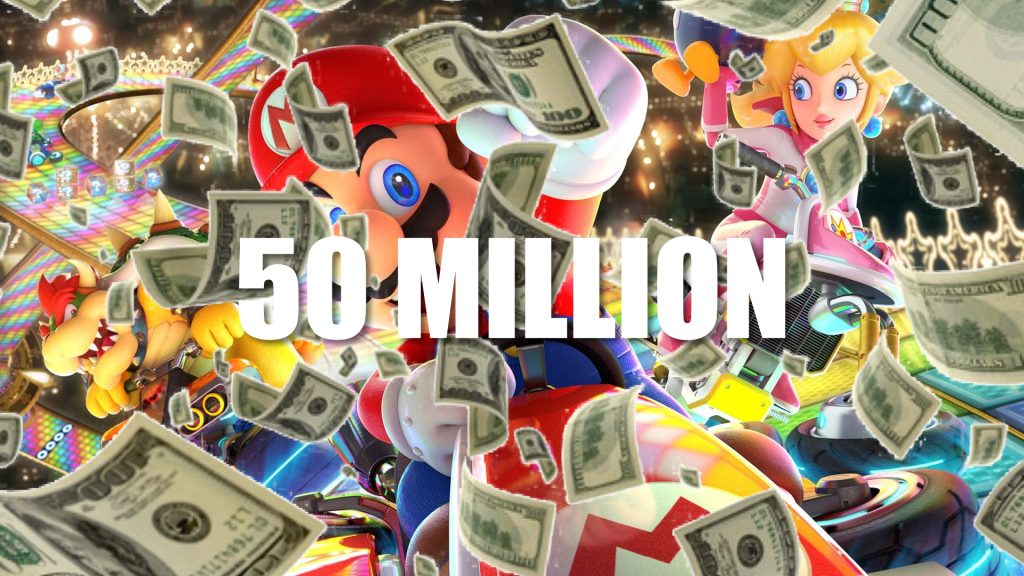 Nintendo continues to offer Mario Kart 8 Deluxe for full price, and people keep on buying it. With the game still selling like hotcakes, and Nintendo claiming that the Switch is still only half way through its lifecycle, it will be interesting to see just how many copies Nintendo sells when all is said and done. It is possible the game could crack the top 5. Of course, the release of the inevitable Mario Kart 9 could affect this – though when Nintendo plans on announcing it is anyone's guess.

KitGuru says: Have you purchased Mario Kart 8 Deluxe? Had you owned it on Wii U? How many copies do you think it will sell in total? Let us know down below.

Previous AMD Radeon RX 6500 to launch in May, followed by XT refresh over the Summer
Next Sony is paying more than $1 Billion to Bungie employees so they stay