The release of DOOM Eternal last year was met with some controversy when it was discovered that the soundtrack for the game was much less dynamic in its range, with greater compression, making for an overall inferior soundtrack when compared to 2016’s. It was later confirmed that this was partly due to composer Mick Gordon being unable to hit deadlines. Since then, Gordon has reached out to id to fix his mistakes – but seemingly to no avail.

In a recent post on Twitter, composer Mick Gordon claims to have “made many, many offers to redo the @DOOM Eternal OST over the past year… But, I can't get them to say yes. What to do?”

For context, following the release of the DOOM Eternal OST, many fans noticed that the soundtrack suffered from compression and audio issues not seen by DOOM 2016. In response, Mick Gordon revealed that he in fact only mixed a limited number of the game’s songs, with id Software’s audio designer doing the rest – blaming them for the subpar quality and claiming that he is unlikely to work with id again as a consequence. 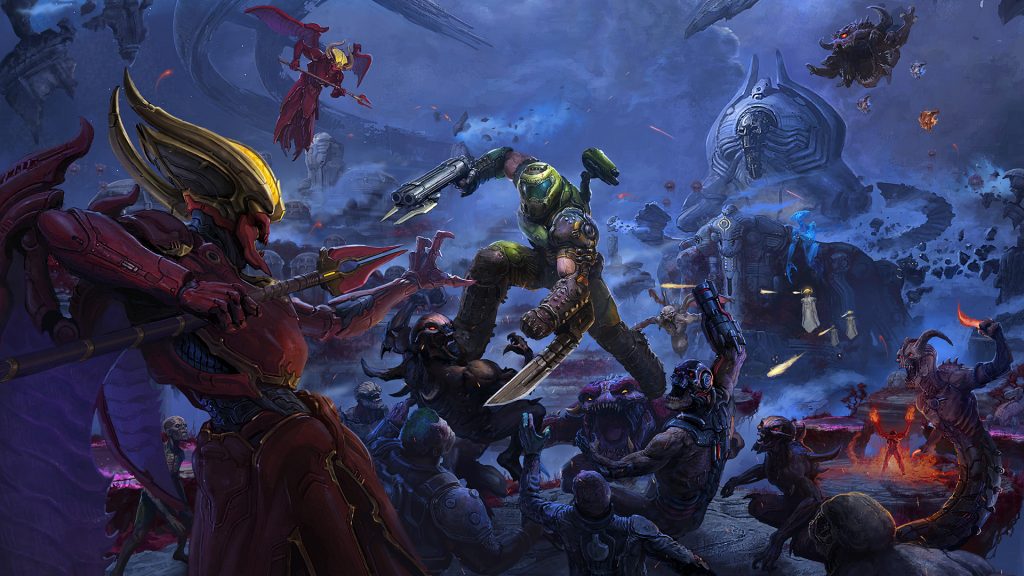 In the wake of this, DOOM Eternal executive producer Marty Stratton released a public statement, sharing their side of the story, revealing that Gordon failed to meet the deadline required, and only produced a limited number of tracks, leading id to resort to asking the studio’s lead audio designer to pick up the slack.

According to Stratton, “What has become unacceptable to me are the direct and personal attacks on our lead audio designer – particularly considering his outstanding contributions to the game – as well as the damage this mischaracterisation is doing to the many talented people who have contributed to the game and continue to support it” adding that “communication around those issues have eroded trust. For id, this has created an unsustainable pattern of project uncertainty and risk.”

It seems that Mick Gordon is wanting to make right by both id Software and DOOM Eternal’s fans. Unfortunately, it seems that for id Software, the bridge with Mick Gordon has been burned. Marty Stratton’s full statement can be found HERE.

KitGuru says: What do you think of the full situation? Who do you agree with? Would you like to see Gordon fix DOOM Eternal’s soundtrack? Let us know down below.