Each month, Microsoft expands the line-up of titles available on its game subscription service, Xbox Game Pass. While the console manufacturer previously announced which games would be joining the service for the month of August, Microsoft has now updated that list with even more titles – including Resident Evil 7 in early September.

Previously, we reported that Microsoft Flight Simulator, Battletoads, Tell Me Why Episode 1, Wasteland 3, and Crusader Kings III would all be coming to Game Pass during the latter half of August and early September. While that remains true, Microsoft has now announced 8 additional titles which will be joining the service.

The games in question are: 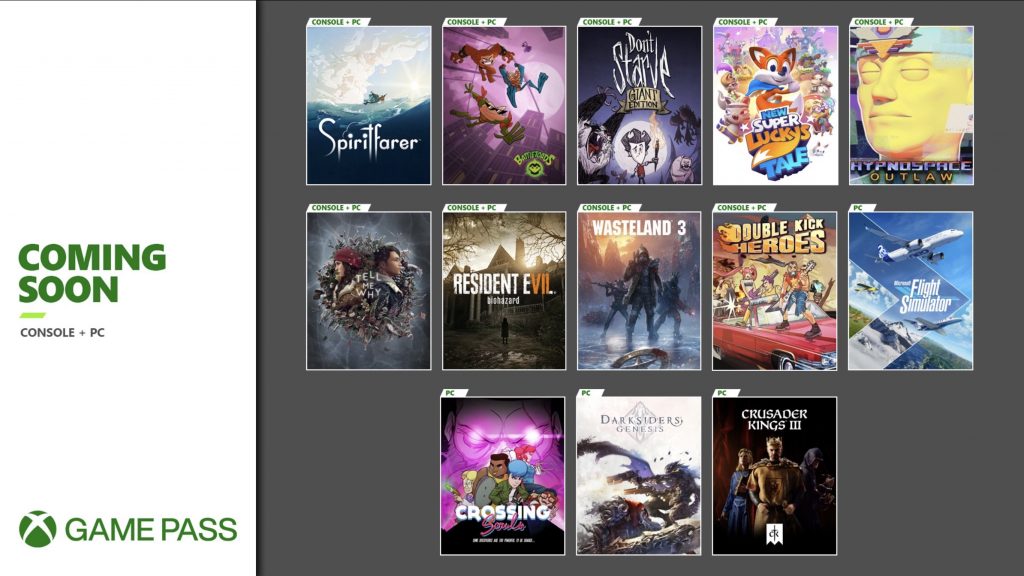 Unfortunately, alongside the addition of these new titles, 7 other games will be leaving the service:

KitGuru says: What do you think of this line-up? Are you subscribed to Xbox Game Pass? What games would you like to see added next? Let us know down below.