The Xbox Series S can go beyond 1440p

When Microsoft first announced the Xbox Series S, the company positioned the lower priced console as a 1080p/1440p machine, when compared to the Series X’s 4K output. This limitation appears to not be restricted by hardware or software, but is merely an estimate, as it has been confirmed that some Xbox Series S titles will go beyond 1440p.

Xbox exclusive The Falconeer, which will launch on the 10th of November, recently released its tech specs for the Xbox family of consoles. On the Series X, the game will run at either 4k60fps, or 1800p at 120fps. More interesting however is the Xbox Series S, which will run The Falconeer at 1080p 120fps, or 1800p 60fps. While not quite 4K, the Xbox Series S running the game above 1440p is certainly a welcome surprise. 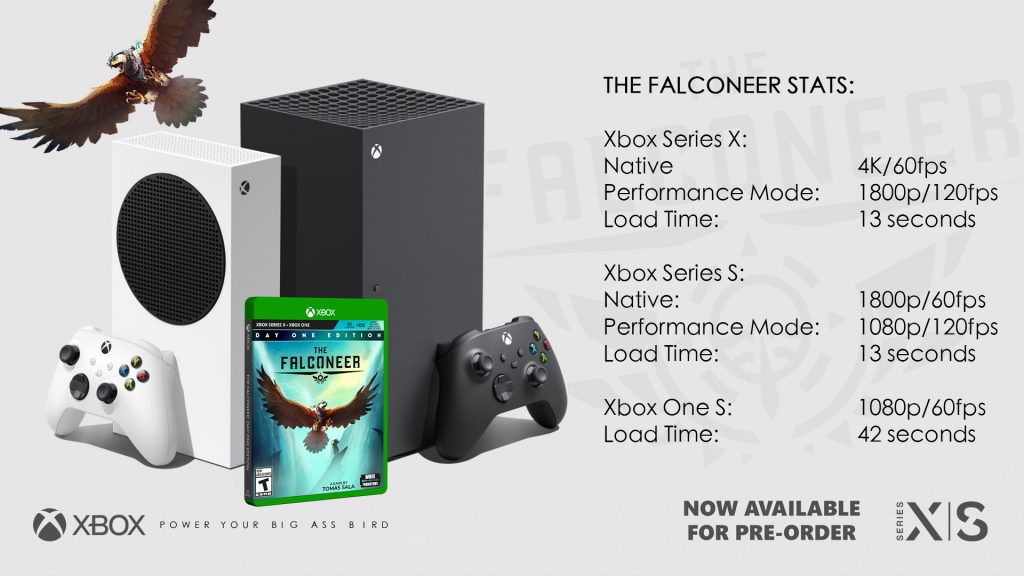 Commenting on the Series S, the game’s developer said “One of the big surprises for me is just how powerful the Series S is, it’s such a significant piece of hardware in a small form factor. This is a powerful piece of next gen hardware,” adding that players will “have a very similar experience between the Series S and the Series X.”

With the Series S being capable of outputting above 1440p, it is entirely possible that many less demanding games such as indie titles may be able to run at a full 4k. Furthermore, HUD elements may also be able to scale to 4K, even if the rest of the game isn’t, creating a much sharper visual experience. It’ll be interesting to see which other games manage to go beyond 1440p on the Series S.

KitGuru says: What do you think of the Series S? Which of the two Xbox consoles will you buy? What’s the sweet spot for resolution in your opinion? Let us know down below.