Each month, Microsoft gifts Xbox Live Gold (and Game Pass Ultimate) subscribers with 4 free games. The console manufacturer has now announced which games subscribers will receive for the month of August – and while it’s not a particularly strong line-up this month, the titles are still worth giving a fair shake.

The 4 titles being offered are:

Available to purchase for the entire month of August, Portal Knights is a 3D sandbox RPG in a similar vein to Minecraft, where “you and your party are the only hope for a world torn apart and terrorized by the Hollow King. Level up your hero as you explore dozens of randomly generated islands, create amazing structures, and interact with the colorful inhabitants of the land, in a quest to become the ultimate Portal Knight.” 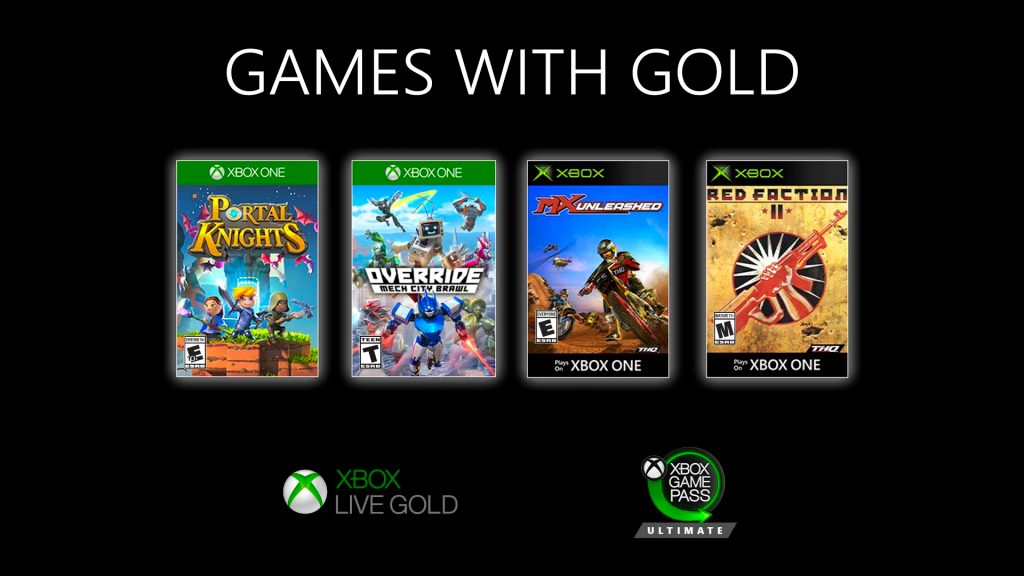 Override: Mech City Brawl will be available from the 16th of August to the 15th of September, and is – as expected – a mech city brawler featuring “high-octane mech battles delivered in a city-crushing ballad of destruction!” Featuring a full-length campaign, multiplayer, and a dozen mechs to choose from, Override: Mech City Brawl will offer players plenty of fun fighting.

MX Unleashed will be available from the 1st of August to the 15th as part of Microsoft’s backwards compatibility program. This freestyle motorcycle sandbox title offers players the ability to “perform stunts and tricks on huge, dangerous tracks to unlock amazing game secrets across a large variety of freestyle and supercross venues.”

Lastly, also available through backwards compatibility is Red Faction II. Purchasable between the 16th and 31st of August, Red Faction II was the successor to the 2001 first-person shooter from THQ which set itself apart from other games thanks to its destructibility. Even to this day, destructible environments are a rarity in games, and so Red Faction II is worth checking out for the tech alone.

PlayStation also recently revealed its free PS Plus games for the month – which can be found HERE.

KitGuru says: What do you think of August’s offerings? How does Games with Gold compare to Game Pass? Should Microsoft combine the two services by default? Let us know down below.