Each month, PlayStation gifts its PS Plus subscribers two free PS4 games (though for the month of July, fans were given a bonus title). Sony has now announced which two games subscribers can look forward to for the month of August: Call of Duty: Modern Warfare 2 Campaign Remastered as well as the battle royale party game Fall Guys: Ultimate Knockout.

Call of Duty: Modern Warfare 2’s launch was a landmark gaming event when it first released back in 2009. Over a decade later, the game was remastered for current systems – bringing the spectacle up to par with current game standards. Though it only released earlier this year in March, Call of Duty: Modern Warfare 2 Campaign Remastered will be available for free to all those who are subscribed to PS Plus, allowing you to experience the story of Captain Price, Soap, Ghost, and Roach like never before. 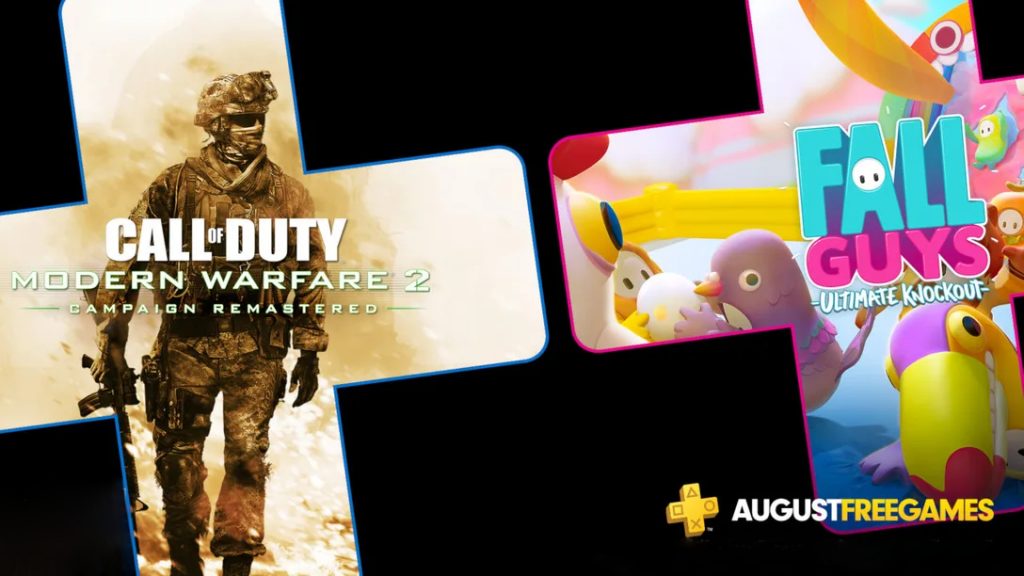 Fall Guys: Ultimate Knockout is a 60-player online party game in the vein of a battle royale. Players must “survive a series of hilarious challenges until one victor remains,” as you “bend, bounce and bash your way through hilarious physics-based obstacles, from smashing through doors, to balancing on massive see-saws, to racing up mountains riddled with traps”. Similarly to Rocket League, Fall Guys is launching day-and-date on PlayStation Plus.

Both Call of Duty: Modern Warfare 2 Campaign Remastered and Fall Guys: Ultimate Knockout will be available to download from Tuesday the 4th of August. Until then, you still have time to get July’s offerings of NBA 2K20, Rise of the Tomb Raider, and Erica.

KitGuru says: What do you think of August’s offerings? Which Call of Duty subseries is your favourite? Will you be giving Fall Guys a chance? Let us know down below.