It is not a secret that Microsoft Corp. is preparing to finally roll-out a voice assistant called Cortana along with the upcoming update for Windows Phone 8.1 operating system. While the assistant is supposed to compete with Apple’s Siri as well as Google’s Google Now services, the newly released information and video about Cortana indicate that the application will be different than its rivals.

Cortana will not only answer contextual questions, enable voice search and perform smart searches, but it will indeed be an assistant. For example, it will have access to location data, behaviors, personal information, reminders as well as contact information; in addition, will be able to analyze emails, calendar and other things, according to The Verge and UnleashThePhones, who published pictures and videos about the Cortana.

Based on the video, it becomes obvious that Cortana will analyze a lot of data about the user, hence, could be more helpful. Cortana will be powered by data from services like Bing, Foursquare, and others. This could make Microsoft’s offering a little smarter and more competitive than its rivals. However, there is no a solid answer yet whether Cortana is better than Siri or Google Now in general or not. 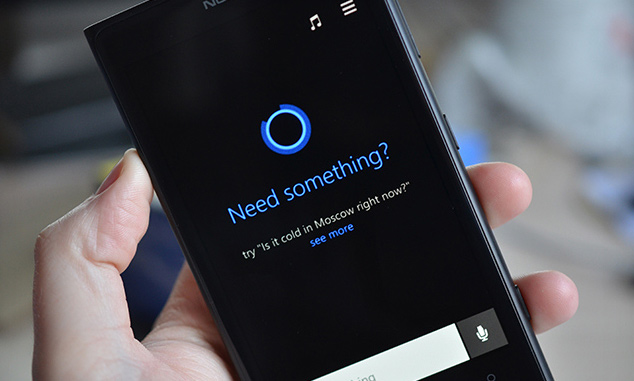 While it is generally expected that Microsoft will update the Windows Phone 8.1 in April or May, there is no exact timeframe for the new roll-out. As a result, all the current screenshots and videos should be considered as the “work in progress”.

KitGuru Says: It is clearly nice to have an intelligent assistant that will create reminders, notifications and otherwise help to perform everyday tasks. The problem is that it will be able to analyze (and will do so) all the data about its owner, which may not be a welcome feature in the light of the recent security and spying scandals.