Windows 10 to get ‘Ultimate Performance’ mode for power users

The next Windows 10 update is just around the corner, and with it comes a brand new power management mode exclusive to Windows 10 Pro users. Ultimate Performance, as it’s dubbed, is built for the high demand of workstations that often process heavy tasks such as 3D modelling and will afford users extra features to ensure the system works the best it can.

“This new policy builds on the current High-Performance policy, and it goes a step further to eliminate micro-latencies associated with fine grained power management techniques,” explains Windows Insider chief Dona Sarkar. “As the power scheme is geared towards reducing micro-latencies it may directly impact hardware; and consume more power than the default balanced plan.” 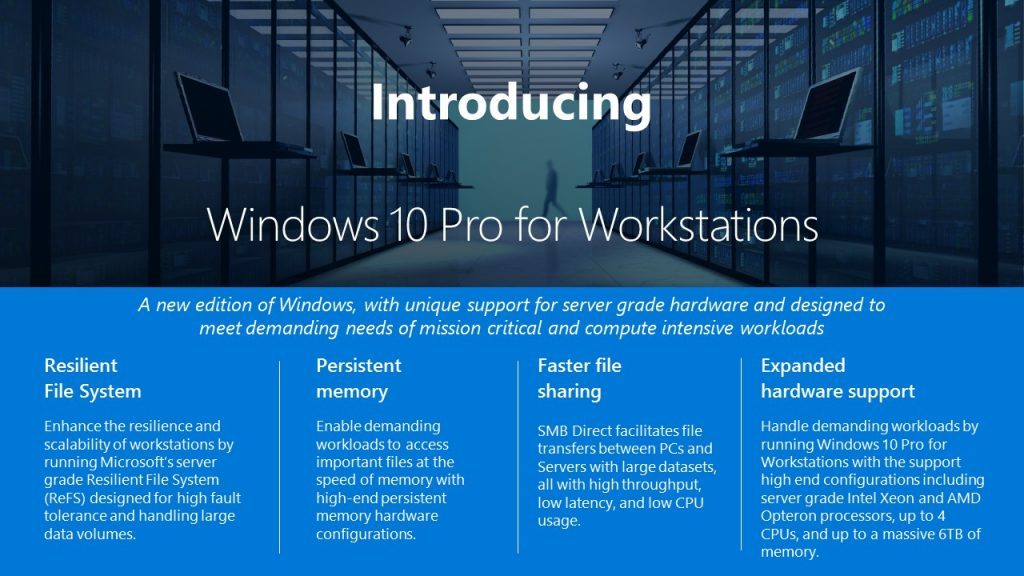 Considering this is built for demanding workloads, Microsoft has restricted this feature to Windows 10 Pro Workstations that often run server-grade hardware. This means that Ultimate Performance won’t be available for battery powered systems and will only be available to users of the specific Windows 10 Pro for Workstations operating system. Microsoft has hinted that there is a possibility that this could change in the future.

In this case, Ultimate Performance is generally not built for gamers, as most would usually run consumer grade hardware and run a commercially available version of Microsoft’s operating system. The company has already catered to gaming performance, however, by introducing Game Mode for Windows 10.

KitGuru Says: Those that can’t test Ultimate Performance won’t be missing out on too much, as High Performance will still do the trick for most general tasks. Remember that the new feature is cemented on pushing the highest end systems even further, removing any limitations. Will you be testing out Ultimate Performance? Do you think it will provide a boost to your workstation?