Since Windows 10 launched it has featured icons that were a bit of a mixture between old and new. Microsoft has decided it is time to give the Windows 10 desktop a refresh and bring a fresh new appearance with some updated modern-looking desktop icons.

Microsoft has already updated the icons for applications such as Word and Excel from the Microsoft Office suite. The new Windows 10 desktop icons will attempt to replicate that style to bring the appearance of the operating system into the new decade, with a bold and more up to date, modern look. 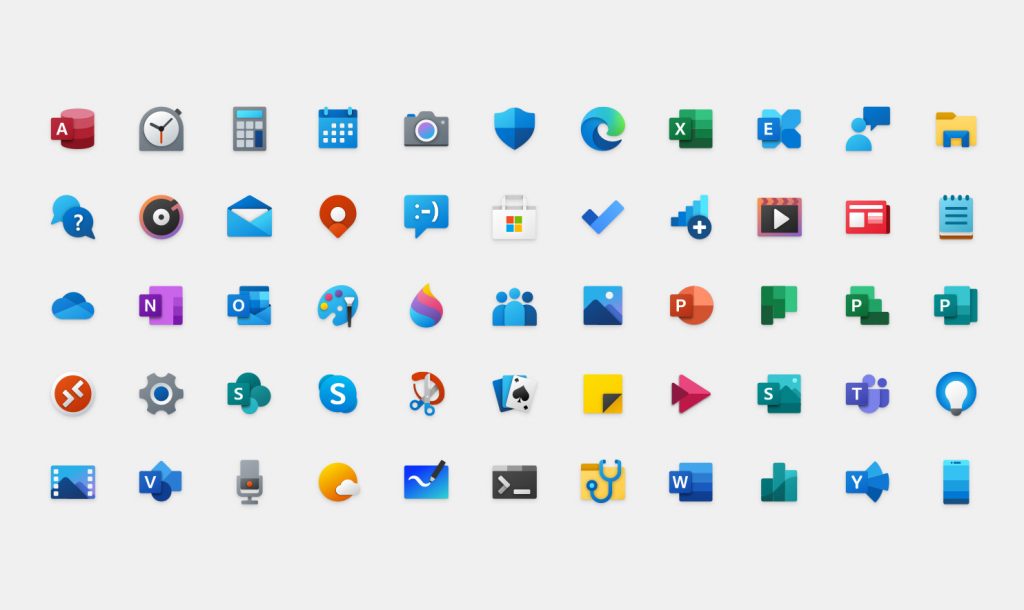 To modernise the overall style of the Windows 10 desktop, Microsoft is updating all the default application icons bundled with Windows 10, such as Paint, Calendar, Calculator and Skype etc, as well as adding new desktop icons for folders, Windows store and more, to make the appearance of the operating system more streamlined and synchronised with the Office apps icons and the new Microsoft Edge browser icon.

The updated icons are already available in a Windows 10 preview 19569 build for Microsoft Insiders. Regular Windows 10 user can expect to receive the update featuring the new icons in the following months.

KitGuru says: how do you guys like the look of the Windows 10 desktop at the moment? Do you think it was time for a refresh of the appearance and what do you think of the new icons that Microsoft is bringing to Windows 10?