Just last week we had Phil Spencer teasing future gaming plans for Windows 10 and now, we have our first look at what Microsoft is planning as new Windows 10 leaks show off a new Xbox integration app alongside Cortana, the Windows digital assistant.

Microsoft is currently developing the Windows 10 consumer preview, which is expected to launch following an event on the 21st of January. The biggest addition to the newly leaked Windows 10 consumer build is Cortana, she will be responding to text and voice commands while also being integrated with the new and improved Windows 10 search function. 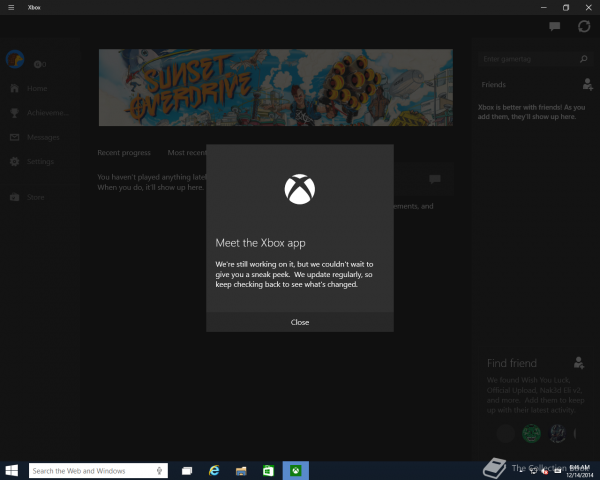 Aside from that, there will be a new Xbox application that looks set to take over from Games for Windows Live. At present, it looks like a gateway to Xbox Live, listing account information, achievements, activity feeds as well as the store. It's possible that we will also see the SmartGlass functionality also included by the time it launches.

That's all the news we have for now but it is possible that Microsoft's Xbox integration plans run a bit deeper than a mere gateway to a console service.

KitGuru Says: If Microsoft is planning to merge Xbox and Windows gaming then plenty of good things could come our way, such as more console exclusive games on PC, although we don't have enough details yet to know for sure what is going to happen. What would you guys like to see Microsoft do when it comes to PC gaming?