Microsoft announces a cheaper version of Windows 8.1 for OEM’s

Microsoft has confirmed that the company will be releasing a “cut-down” version of Windows 8.1 for OEM’s. This will allow manufacturers to create cheaper devices for consumers and will help combat competition from open source solutions such as Android, Linux and even Chrome OS.

The cheaper version of Microsoft’s OS will be called Windows 8.1 with Bing, it will come with Internet Explorer pre-installed and Bing search turned on by default. However, users will be able to turn these features off after buying a device, which should help combat the possibility of another anti-trust lawsuit. 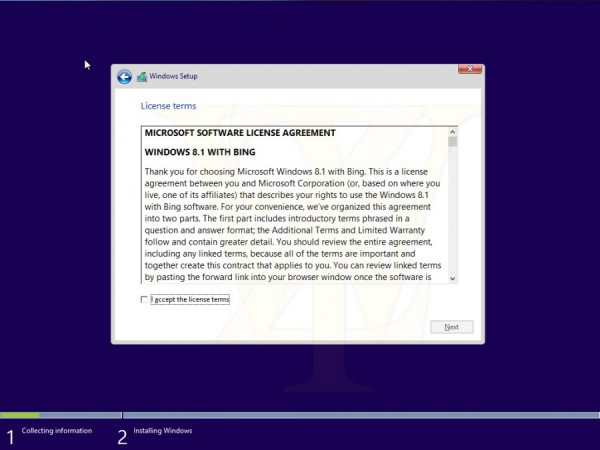 Some of these new OEM devices will also come with Microsoft Office or a one year subscription to Office 365. We might get our first look at Windows 8.1 with Bing at Computex, which is in just a few weeks time, a company blog post suggested:

“The end result is that more people – across consumer and commercial – will have access to an even broader selection of new devices with all the awesomeness that Windows 8.1 provides, and get Office too, all at a really affordable price. Additionally, as reach expands, the opportunity for developers and their apps also increases.”

A lower cost version of Windows has been rumoured for some time and many think that Microsoft needs to lower its high Windows license prices in order to stay competitive. This might be true as Apple is now offering OSX and its software suite for free and open source solutions are also starting to gain traction.

KitGuru Says: This cheaper version of Windows will be limited to OEM’s but it’s a start. Maybe by the time Windows 9 comes around, licenses will finally be cheaper. Is price a factor that is keeping any of you guys from upgrading to Windows 8?

Previous Samsung wants us to start waving at our watches
Next The Order: 1886 has been delayed until 2015