Samsung wants us to start waving at our watches

Samsung has a history of filling its flagship devices with gimmicky gesture based controls that people rarely find a good use for and now, it wants to bring similar features to its smart-watches. The Korean based device maker has patented a circular smart-watch to battle with the Moto 360 and will be adding some new features.

First up, here’s a look at Samsung’s new watch design: 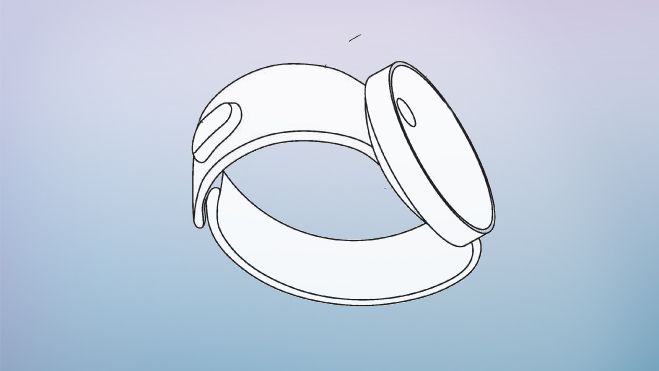 It has a circular face and on the screen we see what could either be a front facing camera or a home button.

Like with the Galaxy Gear line, there will still be a camera on the side of the device, which will allow you to wave your hand around your watch in order to control certain things:

Other sensors on the new watch could include a barcode reader, translation tools, fitness tracker, image search and object recognition. It has also been suggested that this new device will be more than just a watch, it could also act as an arm band or even a necklace. As far as operating systems go, it’s not clear as to whether this watch will sport Android Wear or Samsung’s own Tizen operating system but we’ll likely find out some time this year.

KitGuru Says: Samsung’s strength doesn’t lie in its own software lineup, many complain about Touch Wiz and the bloatware that comes with it. So it might be better for the company to go with Android Wear. That said, I don’t see anyone wanting to wave their hands around a watch to control things when they could just tap the screen. What do you guys think? Should smart watches have gesture based controls? Or should companies not bother and just stick to touch screens?