As much as Edward Snowden might have drawn the most headlines and public attention in recent years, he's far from the only person to ever leave the NSA and blow the whistle on some of its more unscrupulous actions. Bill Binney is another such individual, having left the intelligence agency in 2001 after 30 years and a tenure as its Technical Director.

Yesterday he took to Reddit to answer some questions and break down other aspects of the NSA's mass surveillance.

On the subject of the anonymising Tor browser, Binney said he believes that the NSA can track users on it in some cases, but does not find it easy by any measure. This makes sense, as we've heard of techniques like DDOSing nodes within the Tor network to send the data of individuals the NSA wishes to track through servers it controls. Binney seems confident the NSA hasn't cracked it wide open however.

One of the big problems with the NSA he says, is that its budget is out of control. There is “no oversight on NSA spending,” he said (via the Independent). This is countered somewhat by the NSA releasing its own auditing data, but it could be that he means there is no external auditing, which would mean the allocation of the NSA's budget could be all over the place.

This lack of exterior oversight means that the NSA can collect data on whoever it wants – usually everyone – which is actually something a lot of employees at the NSA weren't happy with he claims, when post 11th September attacks led to increased surveillance of the civilian populace. However many of them went along with it he said, as there is a culture of not arguing with orders from higher up. 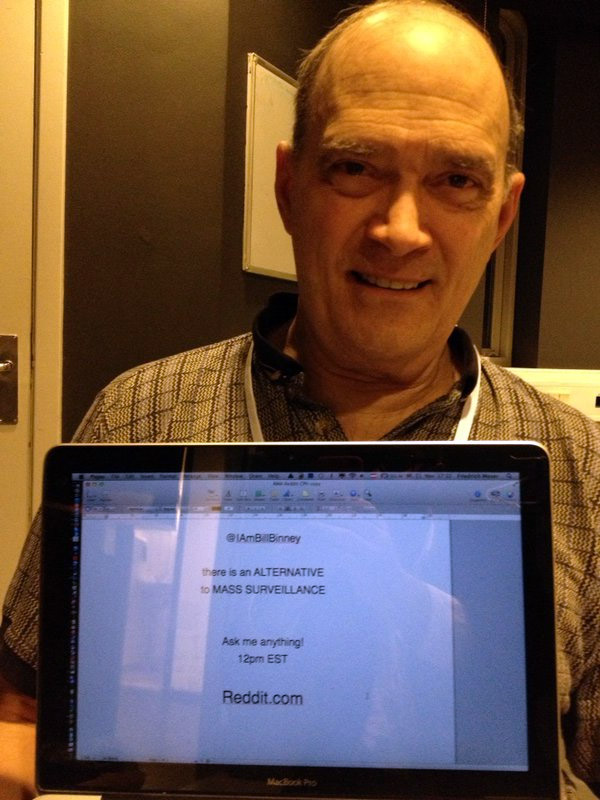 “This has to be addressed in law and legislation. Call your local governmental representative and complain, otherwise, if you sit and do nothing… you are f*****!”

It is worth considering however that Binney has been called bitter by some individuals in the past. He attempted to introduce an alternative, less intrusive tracking system for internet activity back in the early '00s, called ThinThread, but the NSA opted for TrailBlazer instead. While he did claim that TrailBlazer was too intrusive, it should be noted that he left the NSA shortly after and continued to champion his own developments over those the NSA ultimately made use of.

He was also using the AMA to help promote a film based on his time in the NSA and his ThinThread technology.

KitGuru Says: This is a little depressing, but pragmatic advice perhaps. It is always worth taking steps to make yourself as far from the lowest hanging fruit as possible, but he's right, if the NSA wants our data there probably isn't a lot we can do to stop it.