US tracked billions of phone calls before 11th September attacks

One of the biggest revelations in tech in recent years, was that the United States' intelligence agency, the NSA, has spent a lot of time, money and energy recording and storing the digital communications of Americans and foreigners, regardless of criminal activity or intent. This was huge, but it turns out that even before the world changing Patriot Act that George Bush brought in after the attack on the World Trade Centre in 2001, the US had been tracking people's phone calls for years anyway.

According to people ‘involved with the operation' (via USAToday), billions of phone calls were tracked between Americans and people in over 116 other countries, including ally nations like Canada. This was all perpetrated by the Drug Enforcement Administration (DEA), with claims that the metadata was used to track drug cartels operating within and outside the US.

The scheme is no longer running and you could argue that due to the prevalence of drugs in the US, that it had little effect, but it did provide a blueprint for the NSA's current data gathering practices. It also represents the first time in history that mass data was collected on that many people and their actions. Initially it began with demanding phone companies hand over data on suspected individuals, but before long all phone calls were being tracked by supercomputers which put together the pieces of the puzzle. 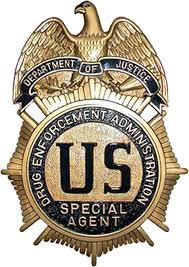 Official data collection began as far back as 1992 and involved the tracking of which numbers were dialled by whom and when. The scheme then went on to be approved by as many as four separate presidents from opposite ends of the political spectrum. While those in the know described it as a very useful scheme for tracking drug purchases throughout the US, privacy advocates are perturbed by the fact that such actions targeted American citizens, who's privacy is protected by the constitution – though arguably the Patriot Act can circumvent that in some cases.

Data collection of phone tapping by the DEA only stopped in 2013 when Edward Snowden's revelations about the NSA came to light. Again, the secrecy of it prevented anyone from questioning its legality until it was made apparent, something that privacy advocates are now beginning to do.

Today, data collection on phone calls by the DEA is much more targeted. They find a list of suspects and send out subpoenas for their phone records.

KitGuru Says: The new system might be slower, but it doesn't immediately suspect everyone in the world of drug offences. That seems far fairer.