Following its recent “Captivate” event in which it has since continued to share out details of its current and upcoming projects, Capcom has announced that it is well into development on the third installment of the Lost Planet third-person shooter franchise.

Lost Planet 3 is positioned as a prequel to the previous two games. Here’s a brief description of the story in the third title courtesy of Capcom :-

“Lost Planet 3 introduces Jim, a rig pilot who leaves Earth to take on a hazardous but lucrative contract on E.D.N. III. Working for Neo-Venus Construction (NEVEC) who are preparing the planet for colonization, Jim joins his fellow pioneers at the Coronis base and begins surveying the uncharted terrain and obtaining samples of the planet’s energy supply – Thermal Energy.”

With the third game’s development being handed over to U.S. based Spark Unlimited who were behind games including Call of Duty: Finest Hour, Turning Point: Fall of Liberty and Legendary, Capcom’s MT Framework 2.0 engine has been dropped in favour of Unreal Engine 3 this time around.

Thanks to a blog posting from Capcom directly we have several in-game screenshots to check out (a few seen above, the rest here) along with the first cinematic trailer which you can watch here :-

Capcom also shared the following key details of the game in its blog posting :-

Return to extreme conditions – Taking the series back to its roots Lost Planet 3 returns to E.D.N. III, delivering a dynamic battle field that’s more dangerous than ever before with an ever changing climate that will affect the way you play

Brave the terrifying – Play as blue collar worker Jim, risking assignments in treacherous conditions to earn his hazard pay and return home to his family

Home away from home – Protect yourself from hostile Akrid and the unpredictable ice storms on E.D.N. III with your utility rig. Equipped with an assortment of tools you’ll need to learn to use the rig to your advantage in order to survive

Killer enemies – The Akrid are back, bigger and angrier and demanding a more tactical approach during combat

Reveal the hidden truths of E.D.N. III – The uncharted world has many secrets locked away. Jim’ search for T-Energy will ultimately reveal further mysteries

KitGuru says: The trailer’s well worth a look. Let’s hope Spark Unlimited can put the Spark back into the series after a not so well regarded sequel. 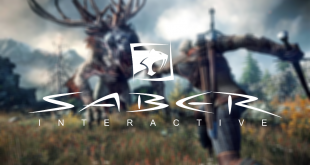 Embracer Group, the parent company of THQ Nordic continues to grow exponentially as it acquires …