Video games have always had a spotty relationship with in-game advertising. To some, the inclusion of these ads in games may lead to a greater immersion, as the ads would mirror what players would see in real-life. To others however, it is an invasive practice that serves no benefit to the consumer. In the UK however, plans have been put in place for a number of high-profile video games to feature in-game the slogan “Stay Home, Save Lives” in response against COVID-19.

Reported by the BBC, Candy Crush Saga, Dirt Rally 2.0, and Sniper Elite 4, are just three of the many UK-based games which will feature the advice. The slogan “Stay Home, Protect the NHS, Save Lives” has been featured prominently across many tv channels and social media platforms across the UK. The slogan is of course in response to the current COVID-19 pandemic, which has seen millions being urged to stay home in order to prevent further spread of the virus.

Rebellion Developments, the studio behind the Sniper Elite series and Strange Brigade, commented on this new strategy, saying “A lot of people spend hundreds of hours in computer games. And in this case, we thought we could help society by reminding people of their obligations to others.” 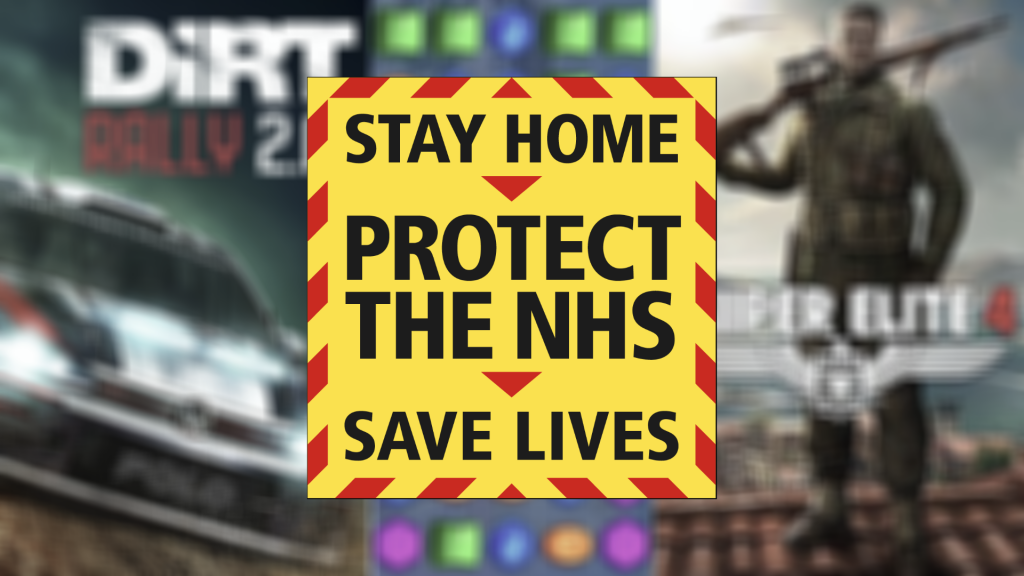 In the case of Sniper Elite 4 and Strange Brigade, players will see the slogan featured “on a screen shown before gameplay begins within its Strange Brigade and Sniper Elite titles”. Furthermore, “the pages will also contain a link to a website containing further advice about the virus”. Codemasters have instead opted for a more immersive implementation for Dirt Rally 2.0. The slogan will instead be featured on in-game roadside banners which players will race past.

The Department for Digital, Culture, Media and Sport – who are in charge of this initiative – have reached out to a further 2000 UK game companies in hopes that they will join in on this initiative.

KitGuru says: What do you think of this initiative? Do you think it is a smart idea, or is it too invasive in your opinion? What could video game companies do instead of (or as well as) this to get the message across more? Let us know down below.

Previous Date for “Reimagined” E3 2021 has been set, IGN will host a ‘Summer of Gaming’
Next DRAG is a new physics-based racing game coming to Steam