SEGA is one of the oldest and most prolific Japanese video game companies in existence . With games dating as far back the 1960’s the company has a lot of franchises under its belt. The publisher is currently hosting a ‘Best of Japan’ sale on Steam, which sees some of its fan-favourite titles on sale for as much as 80% off. Some of the games on sale include Yakuza, Puyo Puyo, and Shenmue.

Yakuza 0, Kiwami and Kiwami 2 are all on sale. The first three games in the chronology of the Yakuza Series, these titles are all equally as well revered and respected. The series takes you through the life of Kazuma Kiriyu, a Yakuza member with a bigger heart than most. As you journey through these action-adventure titles, you’ll meet other fan favorite characters such as Goro Majima, who is playable in both Yakuza 0 and Kiwami 2. If you’ve been interested in trying the series out, now is the time. Yakuza 0 is currently available for only £3.74 (75% off); Yakuza Kiwami will set you back £7.49 (50% off) and Yakuza Kiwami 2 can be had for £12.49 (50% off). Alternatively, all three can be purchased in a bundle for £21.35 (61% off). 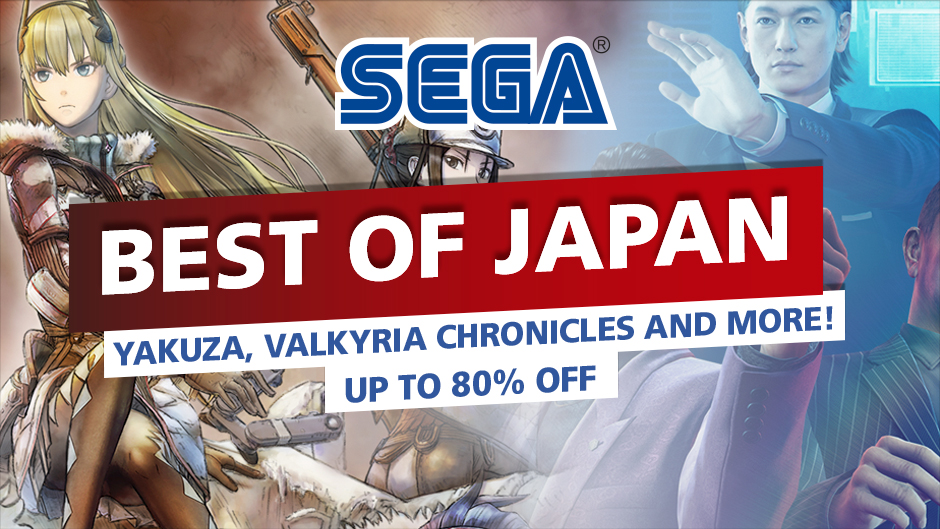 Puyo Puyo Tetris takes two of Japan’s biggest puzzle games and pits them against each other. This mash-up of the two classic titles sees you putting your skills to the test against a friend (or foe) regardless of whether you’re more proficient at Puyo Puyo, or Tetris. The game features multiple game modes, and can even allow you rapidly swap between a Puyo Puyo and Tetris board, as you fight to see who’s the better player. Puyo Puyo Tetris is currently on sale for £8.99 (40% off). If you’re not a fan of Tetris however, then you can pick up Puyo Puyo Champions instead for £3.99 (50% off).

Lastly, the Shenmue I & II remaster is also on sale. Originally released in 1999 and 2001 respectively, this duology was praised at the time for its attention to small details, its abundance of minigames, and its story. Set in an open environment where NPCs have a real-time routine and details such as the time of day actually matters, Shenmue I and II were known for being some of the most expensive games ever to have been developed at the time. Though not for everybody, the Shenmue series has garnered a devout following, and if you’ve been interested in seeing whether the series is for you, you can now do so for only £6.24 (75% off).

Other games, including Valkyria Chronicles, are also on sale. The full list of titles available in the Best of Japan sale can be found HERE, although you have to be quick as the sale ends on the 10th of March at 5pm.

KitGuru says: What’s your favourite SEGA franchise? Will you be picking any games up? Do you prefer Puyo Puyo or Tetris? Let us know down below.