As expected, Google geared up some teasers for its upcoming Pixel 3 launch earlier this week in an attempt to undermine Apple’s iPhone 2018 launch. While there is nothing concrete confirming recent conspiracy theories of a third Pixel 3 entry, Google has lined up at least three launch colours for its Pixel XL.

Immediately after Apple made its iPhone Xs and Xs Max available for pre-order, Google began teasing what’s to come when its Pixel 3 range debuts on October 9 with a new launch page. This sports a simplistic grey design with a plain “3” in the middle, accompanied by a way to sign up to “get the scoop” on the new handsets as new information drops directly from Google itself. 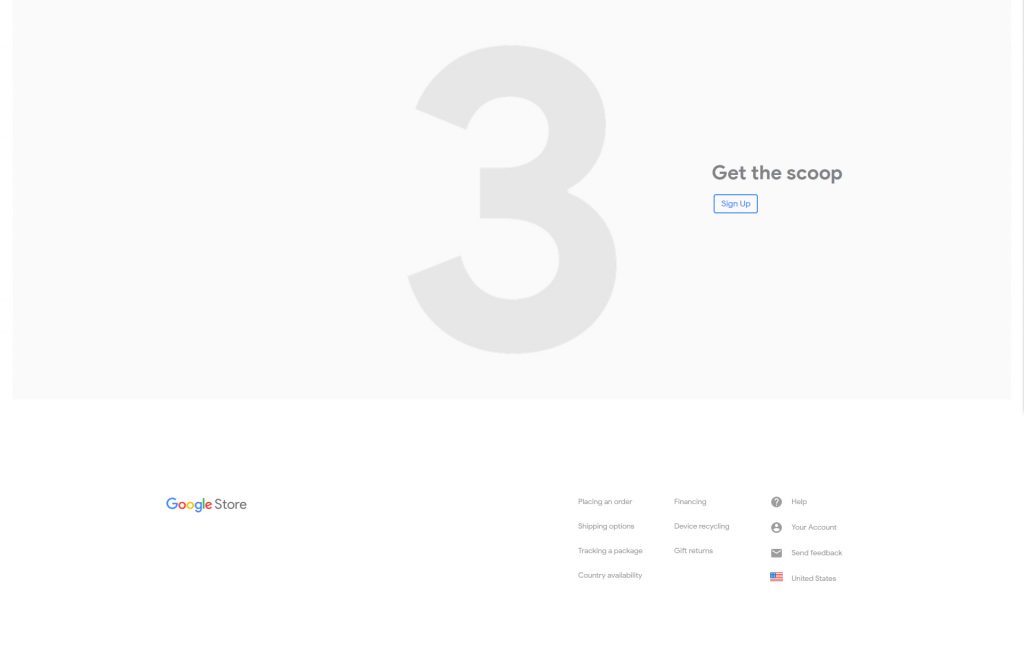 Shedding a little more light on the impending devices, Google Japan launched an interactive web page earlier today teasing what looks to be colour variants of the upcoming Pixel 3 devices. The page itself shows a two-tone background that spills into the frames in order to mimic Google’s darker glass portion that previously surrounded the camera and the fingerprint scanner, both of which are omitted from the frame. Google’s signature ‘G’ made the cut, however, helping accentuate the designs.

The first generation of Pixel devices came in three different variants, comprised of Very Silver, Really Blue, and Quite Black. The second generation dulled things down to Kinda Blue, while still offering Just Black and a Clearly White version too. It’s not certain what the Pixel 3 versions will be called, but it looks like it will debut Silver, Black and a never-before-seen Green variant.

As it stands, we know almost everything there is to know about the Pixel 3 smartphones, expecting them to land with a Snapdragon 845, Adreno 630 GPU and 4GB RAM. The rear snapper is believed to forgo a dual lens design by sticking with a single camera, while selfies will benefit from a dual front-facing lens. The price remains a mystery, however it is expected to climb ever-higher as premium devices.

Due to the controversially thick notch on the leaked Pixel 3 XL, some fans have clung onto the conspiracy theory that Google has a third entry that is untouched by leaks. It’s almost a certainty that the Pixel 3 XL we’ve seen will be a device launched, but suggestive evidence has led to the belief that it might not be the flagship. Google Japan’s prominent three colours debuted could subtly feed into that narrative, however it’s more than likely following Google’s trend of releasing three variants on launch day.

KitGuru Says: I’m not the biggest fan of that notch, but Google could capitalise on Apple’s disappointing showcase provided it hits the right price point. People are still going to hope for the notchless third iteration, but it is a stretch. Are you intrigued to see what Google has in store this October?

Previous Huawei wants to beat Samsung by launching its own foldable phone within a year
Next Briony Plays (Livestream) Ep 2: First impressions of Two Point Hospital