Update (29/11/18): Just days after being spotted in the wild alongside the flagship Pixel 3 handset, Google’s rumoured budget model is doing the rounds once again. This time, the tentatively titled Pixel 3 Lite is being compared to Apple’s cheaper offering, the iPhone XR. 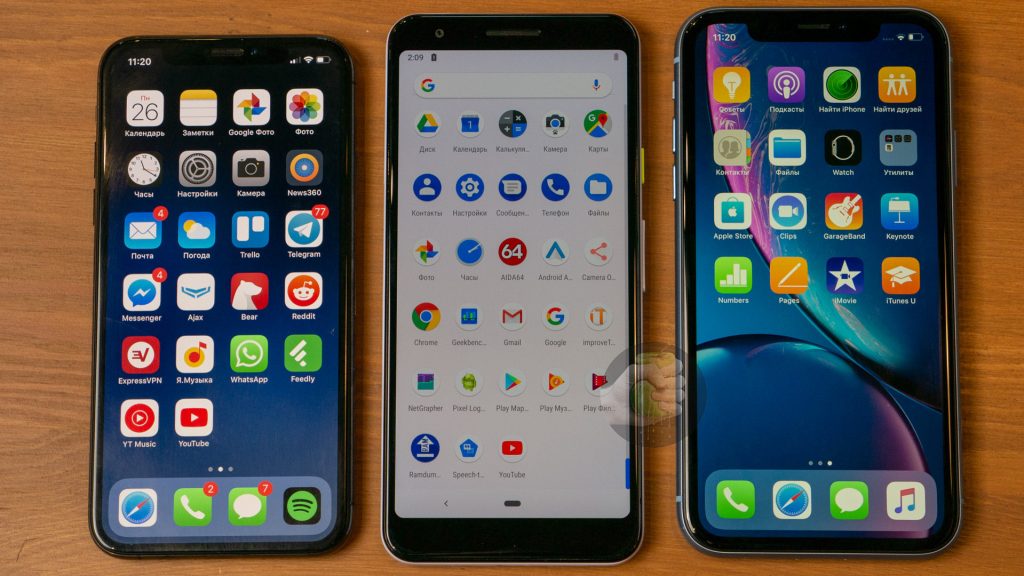 Once again, this information is brought to you by Russia, Google’s favourite place that seemingly leaks anything and everything Pixel related. The image itself is found on the Russian blog Wylsa, showing the Pixel 3 Lite to be roughly the same size as the mid-range iPhone XR and slightly larger than the iPhone XS.

Sadly, the 5.56-inch display of Google’s upcoming variant doesn’t stack well against the 6.1-inch iPhone XR. If true, this will be the first time that Google has branched outside of its premium quality for a more affordable offering. Its success will surely depend on cost, as it will be required to undercut the iPhone XR’s £749/$749 price point.

Original story (26/11/18): During the heavy leaks of Google’s Pixel 3 line-up, an elusive third handset was said to be in the works. Although the high-end Pixel Ultra never did materialise, a mid-range device tentatively titled the Pixel 3 Lite has recently been doing the rounds with new images showcasing what to expect.

The Pixel 3 Lite unofficially debuted two weeks ago, detailed by the same Russian blogger that revealed the Pixel 3 XL early. According to Rozetked, the budget smartphone will house a lower-end processor under the hood, swapping out the Snapdragon 845 for a Snapdragon 670. Fortunately, the handset will supposedly maintain 4GB of RAM and the 32GB of storage.

Alleged budget efforts have consistently been quashed in the past, with Google’s hardware leader Rick Osterloh stating that “Pixel stays premium” just last year. Unlike previous rumours, however, a newly leaked image shows that this one certainly holds water.

Rozetked stated that the OLED panel would be dropped in favour of a more affordable 2220 x 1080-pixel IPS display. Perhaps most notable is its similar size to the Pixel 3, sitting marginally larger at 5.56 inches at a slightly taller 18.5:9 aspect ratio.  Twitter user @jc_ru has posted a side-by-side comparison of the two devices, visually corroborating these leaks.

Also consistent with previously leaked details, the Pixel 3 Lite drops the dual-lens setup in favour of a single front-facing camera. The rear camera is said to be kept at the same 12.2MP lens found on flagship variants, relying on Google’s innovative AI-based software for leading images in the smartphone world.

If an announcement is impending, Google is sure to open itself up to more ridicule for dropping the headphone jack on flagship models. Still, with Samsung supposedly doubling its premium Galaxy S range with the Galaxy S10, Google has to do something to remain competitive.

KitGuru Says: Google really needs to look into its Russian branch if it wants to keep a lid on things. Still, news of a potential budget version could offer most of the flagship features at a more affordable entry point. Does the tentative Pixel 3 Lite interest you?