With Google’s Pixel 3 series leaking more than virtually any other smartphone to hit the market, some might think that there’s nothing more that could possibly be revealed that we don’t already know. Just two weeks ahead of its October 9th release date, however, yet another leak gives us a first look at the accompanying wireless charging dock, enabling handsets to potentially act as a Smart Display.

Speculation surrounding Google’s third generation of flagship handsets supporting the long-absent feature of wireless charging appeared as early as July, when a leaked image of an Engineering Validation Test model displayed an all-glass rear panel, perfect for wireless technology. This began to make sense when an update to Pixel 2 devices mentioned the term “Pixel Stand,” indicating a peripheral dedicated to wireless charging was about to enter the market.

Many leaks have surrounded the dock since, including Google Assistant baked into the device and a unique interface while smartphones are believed to be propped up for easier interaction. A leaked illustration caught by 9to5Google gives our first look at how this will supposedly work, with a Pixel device resting in portrait mode. Not only does this indicate that it will charge the device with the popular lightning bolt symbol, but it is expected to act as a Smart Display utilising a new user interface.

Google’s Pixel Stand has now been spotted by MySmartPrice, showcasing the same rounded base and the company’s signature ‘G’ on the orange underside. If accurate, the Pixel Stand will feature a protruding back rest for Pixel 3 handsets to be able to maintain their upright position. 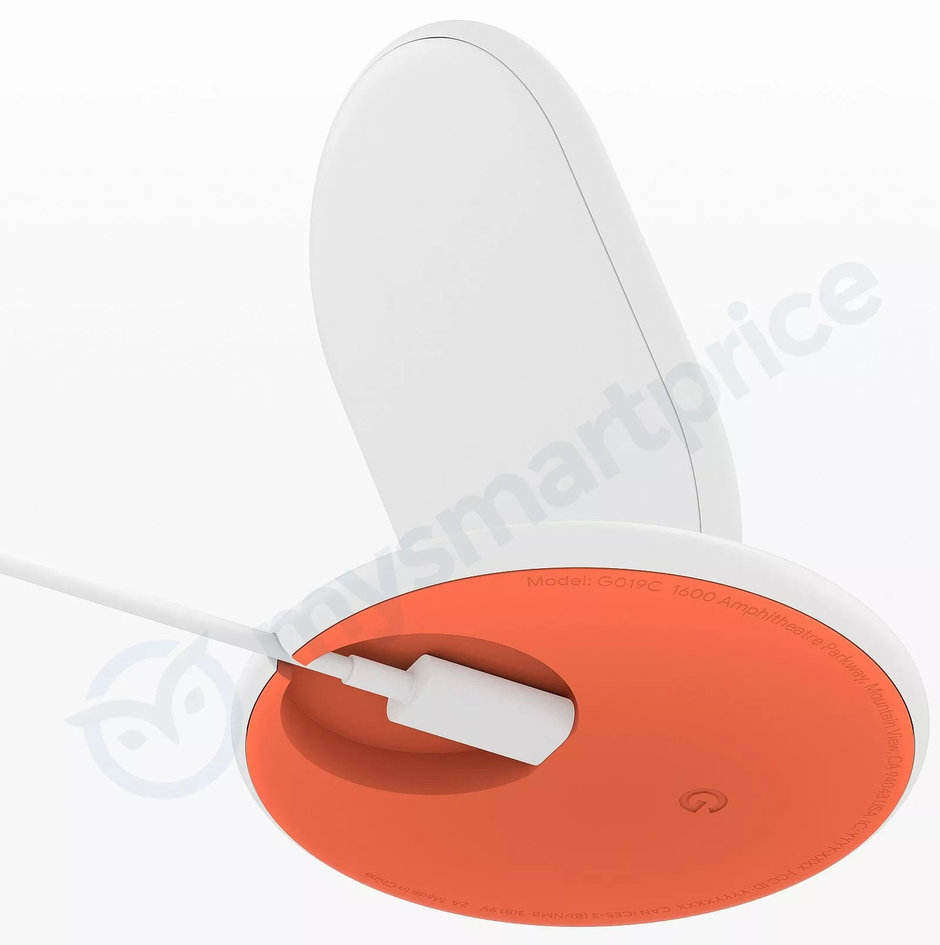 Delving deeper, the “G019C” code partnered with the image connects to an FCC filing for a charger by Lanto Electronics, with a “Remove Brand Name” action to hide its true manufacturer. Outputting 18W (9V/2A) or 15W (5V/3A), the G019C supports the exact same specifications as the current Pixel 2 charger.

This isn’t to say that this will be the finalised design of the reported Pixel Stand, however it’s a good indication that Google is doubling down on wireless charging and compatible peripherals. It seems that we will have to wait to find out the details on October 9th.

KitGuru Says: Personally, I am not sure how beneficial the Pixel Stand would be given its specific upright position. It sounds like it would be handy, provided you’re at the correct height to interact with the device, and if you’re not then you might have a fiddly time picking up and putting it down in comparison to a simpler, flatter approach. Would you make use of the wireless charging Pixel Stand?