Back in 2014, Marvel announced that it was beginning a new effort to reinvent its image in video games, bringing quality to the interconnected experiences and narratives rather than churning them out. The success of Insomniac’s Spider-Man is a testament to that, with Marvel now referring to it as “'the Iron Man of Marvel video games.”

So far, Spider-Man has topped the charts on numerous occasions, even beating out Eidos Montréal’s Shadow of the Tomb Raider in the UK during the latter’s opening weekend. Reaching 3.3 million sales within the first three days of launching, Insomniac’s Spider-Man has achieved the title of fastest selling PlayStation game ever, and it doesn’t look to be slowing down any time soon.

It’s no surprise, then, that Spider-Man is just the start. In a Gamespot video featuring Kinda Funny Games, an interview with Insomniac reveals that this is the start of its own universe. “The funny thing that Marvel and I talk a lot about, this is the Iron Man, this is the one that’s going to start it off,” states Insomniac Games’ creative director Bryan Intihar, referring to the start of a potential Marvel Gaming Universe (MGU). 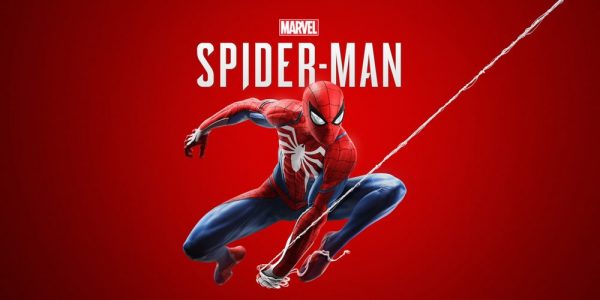 As many of you might recall, Iron Man acted as the beginning of the official Marvel Cinematic Universe in 2008, now spanning 20 movies and 11 television series across a wide range of characters. And, of course, this number is continuously growing. To refer to Insomniac’s Spider-Man as the Iron Man of Marvel’s video games says a lot about the sheer success of the title, as well as the plans that Marvel has for its gaming world.

Previously, Marvel has stated that it intended to be “smarter” and look for interconnectivity across its narratives, mirroring the shared universe seen within the films. This is no small task. While it took millions of dollars and four years to achieve the original Avengers comprised of four members, Insomniac’s Spider-Man used the largest team the developer has ever led across multiple undisclosed years, meaning it could be a number more before Marvel’s efforts bear fruit.

It doesn’t seem as though last year’s Marvel vs. Capcom: Infinite is included within this new “interconnected” universe, prompting thoughts as to what games will be involved. Square Enix current has a number of developers, including Crystal Dynamics and Eidos Montréal heading up an Avengers game, which is likely to take cues from Spider-Man’s success, if not include the wallcrawler himself.

In the meantime, Spider-Man is still racking up the sales and critically acclaimed reviews, exclusively on Sony’s PlayStation 4.

KitGuru Says: I would be interested to see the white-emblazoned Spidey symbol appear in other worlds, even if Insomniac’s intricate playstyle doesn’t translate well to whatever games are in the making. Personally, I’d like to see player choices translate across titles, and perhaps a game centred around Blade. What would you like to see in a Marvel Gaming Universe?