After landing itself in controversy for trying to pass DSLR photos off as Nova 3 selfies, you’d think Huawei would have learned its lesson when marketing a new device. Sadly, it has rinsed and repeated the same tactics, this time going as far as using stock DSLR images to promote the upcoming P30 Pro.

Since the sheer popularity of the P20 Pro last year, Huawei has adamantly pushed its camera technology to the forefront in partnership with Leica. The upcoming P30 Pro is set to arrive at the end of the month, believed to pack one more lens for a quad-camera setup, so it stands to reason that Huawei would focus its marketing on the rear snapper.

CEO Richard Yu took to Chinese social media site Weibo to give fans a sneak peek at what to expect, particularly drumming up excitement for the P30 Pro’s powerful periscope zoom feature. Sadly, these images have not been taken with the P30 Pro, but instead captured with a DLSR and in some cases sourced from stock websites like Getty Images, as spotted by a GSMArena. 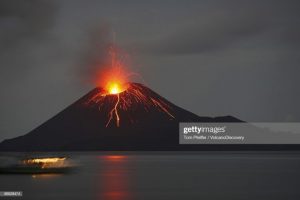 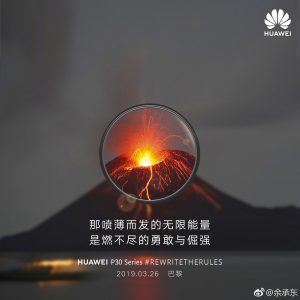 If this seems like déjà vu, don’t worry. There isn’t a glitch in the Matrix. Huawei had a similar marketing blunder on the cusp of launching its Nova 3 handset in August, 2018, when model Sarah Elshamy revealed that the selfies seen when promoting the smartphone were staged with a DSLR camera. Huawei acknowledged the goof by stating that it did place a disclaimer on the advertisement, but this is still regarded as deceptive in the eyes of customers who are likely to miss the tiniest fine-print during the two seconds it flashes on-screen.

This time, Huawei forgot to add the disclaimer prior to the debacle being revealed, retroactively adding it into promotional material after the fact. A spokesperson has since told the press that there has been a “misunderstanding” with the images Yu used to promote the P30 Pro. Apparently, these images were simply used to display the features included rather than the actual capabilities of Huawei’s technology directly.

“We would like to reiterate that those are, in fact, only teaser posters, and are only intended to hint at the unique new features that will come with the Huawei P30 Series. Huawei has acquired the licenses to the original images and the posters are artistic renditions of said features only.”

Huawei will be returning to Paris on March 26 to reveal its next flagship smartphone. If the P30 Pro lives up to its predecessors, then there are certainly a number of things to be excited about, but don’t get your hopes up for DSLR quality.

KitGuru Says: Huawei should really use its own images when marketing the cameras on its smartphones, particularly considering every flagship device has received glowing reviews for its rear lens technology. Hopefully the P30 Pro manages to continue the legacy without any more controversy.