Huawei’s incredible rise to prominence in 2018 is no small feat, overwhelming the market with its latest Nova, P and Mate series of smartphones. In one last hurrah of the year, Huawei has managed to beat Samsung to the hole-punch with its brand new Nova 4 handset after weeks of teasing.

Effectively burying its July-released Nova 3 along with its DSLR controversy, Huawei has introduced a new 6.4-inch offering in the form of the Nova 4. Its first official teaser came a few weeks ago, showcasing a near bezel-less display with a cutout for the front-facing camera, similar to Samsung’s Infinity-O display.

Colloquially dubbed the “hole-punch” by fans, Huawei’s notch alternative has managed to make it to market before the previously announced Galaxy A8s. It seems to have a much smaller cutout in comparison to Samsung’s offering, sporting an almost identical design to its sub-brand’s Honor View 20. Unlike the V20’s new Kirin 980, the Nova 4 will instead house 970 from its P20 Pro. 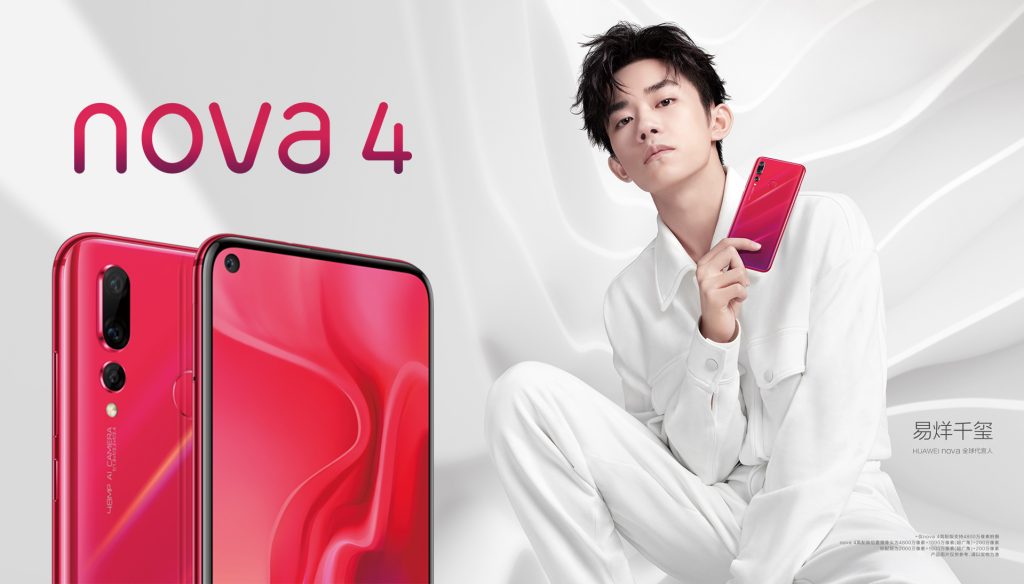 The 6.4-inch display on the Nova 4 has a resolution of 2310 x 1080 pixels, powered by a 3,750mAh battery with 18W fast charging via USB-C. A rear-mounted fingerprint sensor grants access to the device, while 8GB of memory and 128GB of internal storage can be found under the hood. The cameras are the real draw for this relatively mid-range smartphone, containing lenses up to 48-megapixels on the rear.

Initially launching in China, the Huawei Nova 4 will set users back 3,399 yuan (approx. $490) for the high-end model, while a $3,099-yuan ($450) variant swaps out the 48-megapixel sensor for a smaller 20-megapixel unit. International releases have yet to be announced; however the expected sequel to the P20 Pro early in 2019 is sure to hurry things along.

KitGuru Says: It turns out the Nova 4 isn’t a device set to dethrone the Mate 20 Pro, but instead expand the company’s offering across multiple markets. The 48MP rear camera does beat the flagship’s 40MP lens, but whether it performs better will remain to be seen.