Citing inside sources who have reportedly had a hands-on with the upcoming device, the regular P30 will house a triple rear camera, likely to be arranged in the P-Series’ signature line down the left side of the phone rather than the centred square seen on the Mate 20 Pro. This is said to consist of “a maximum resolution of 40MP and 5x lossless zoom, plus a 24MP selfie cam” on the front, according to Blass.

The Huawei P30 promises to be another imaging powerhouse, according to someone who's seen one: triple rear camera, with a maximum resolution of 40MP and 5x lossless zoom, plus a 24MP selfie cam. And this isn't even the Pro variant.

All of this sounds an awful lot like the camera specifications seen on the current Mate 20 Pro, which in turn shared a lot in common with the P20 Pro released earlier in the year. This would be a step up for its cheaper offering, particularly as the regular Mate 20 housed a 12MP primary lens, backed by a maximum 16MP ultrawide. Although there is no mention of it in the leak, Huawei is likely to continue using its praised ultrawide technology, which has since replaced the monochrome lens provided on the previous P-Series handsets.

Original story (18/12/18): It’s been mere days since Huawei unveiled its Nova 4 handset, yet rumours are already swirling about its P20 Pro successor. A mega leak courtesy of case designer Olixar has given us our first potential look at the tentatively titled P30 Pro with a teardrop notch and 4-lens rear setup.

The P20 Pro was one of the first devices to sport a 3-lens rear camera configuration, and it looks as though the P30 Pro will maintain this trajectory. Olixar’s image, listed on MobileFun shows a four-camera setup, although Samsung managed to beat Huawei to the punch with its Galaxy A9. The vertical alignment differs from the boxed triple-lens seen on the Mate 20 Pro, retaining the signature P-Series look. 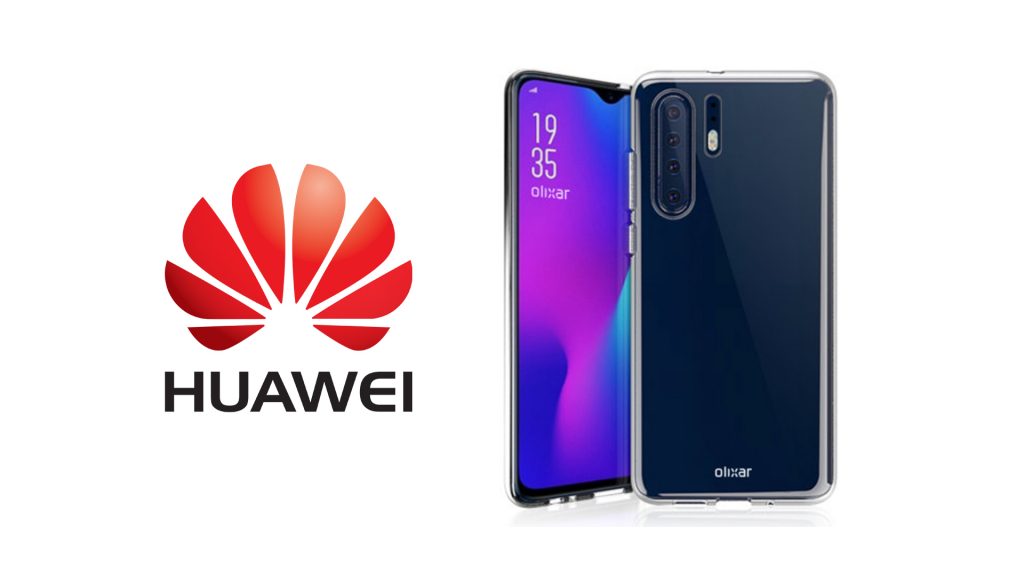 While it might seem confusing that Huawei is reportedly set to ditch the punch-hole front-facing camera so soon after its Nova 4 smartphone, it’s wanting to maintain the display quality of its previous flagship devices with OLED technology. Currently, cutout OLED displays are only available for Samsung’s line-up, with the Nova 4 sporting a budget LCD screen instead.

Huawei’s European head Walter Ji has refused to comment on the leaks and speculation, instead confirming the company’s “innovation in the camera. Now we have three, imagine four for next year.” Of course, the cheaper P30 is expected to still run a triple-lens setup on its rear; however both devices are believed to run off the firm’s AI-Powered Kirin 980 processor.

It will be a few more months before leaks fully get under way, and a few more until Huawei officially reveal the anticipated pair of smartphones. Until then, do take these leaks with a pinch of salt.

KitGuru Says: Even now, the P20 Pro holds up amazingly for its current pricing. Until then, Huawei’s Mate 20 Pro maintains its position as the best the company has to offer. Are you looking forward to the P20 Pro successor?