Ahead of OnePlus unveiling its next flagship smartphone, we’ve learned that the device will more than likely carry a bezel-less display with an iPhone X-style notch at the top. Further driving the nail in the coffin is newly revealed OxygenOS code that shows that the divisive feature is definitely on the cards.

OnePlus released its first Android 8.1 Oreo build for its latest device, the OnePlus 5T, packing it inside its own OxygenOS Open Beta 4 update. Most third parties build upon the vanilla Android operating system, adding their own features and flavours, which is what OnePlus does with its OxygenOS. 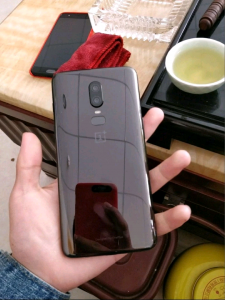 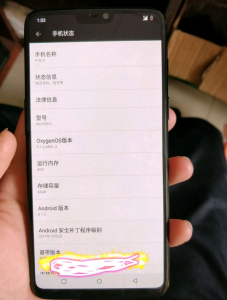 XDA-Developers delved further into the firmware, discovering references to “enchilada,” which is expected to be the codename for the OnePlus 6 smartphone. One image in particular bears the title “screendecor_up_img_enchilada_1,” which XDA claims represents an overlay to test specific applications that house the iPhone X-style notch.

This type of code has been seen previously on Huawei’s upcoming flagship P20 smartphone, which has many leaks of its own suggesting that it will carry the same style notch. This has yet to receive any official confirmation, however, so readers should take OnePlus 6 and Huawei P20 news with a pinch of salt until officially announced by the respective manufacturers.

KitGuru Says: Like it or not, the notch makes sense given the push into bezel-less screens. Until development teams figure out how to successfully place all of the front-facing technology, such as the camera, behind the screen without sacrificing quality, it looks like the notch is the next best thing. How do you feel about many of the smartphones adopting the notch?