It’s fair to say that smartphone manufacturers are currently refining the art of the bezel-less screen, seeing just how much uninterrupted display can be packed into a single device. While this has turned the iPhone X-style notch into a trend, relative newcomer Vivo has found a way for a truly bezel-free experience with the Vivo Nex.

Revealed during a Beijing event, the Vivo Nex manages to pack some impressive flagship-grade internals, sporting a Qualcomm Snapdragon 845 processor, an Adreno 630 GPU, 8GB RAM and up to 256GB storage powered by a staggering 4,000mAh battery. Its headline feature, however, is the huge 6.59in FHD+ Super AMOLED display that boasts an impressive 91.24 percent screen-to-body ratio, making for a sleek notch-less experience.

Usually, the divisive notch would house the smartphone’s front facing camera technology, ambient light sensor and speakers. Vivo shuffles things around, introducing an 8MP front-facing camera that pops out of the device when it’s ready to be used. This seems like a first for a smartphone. 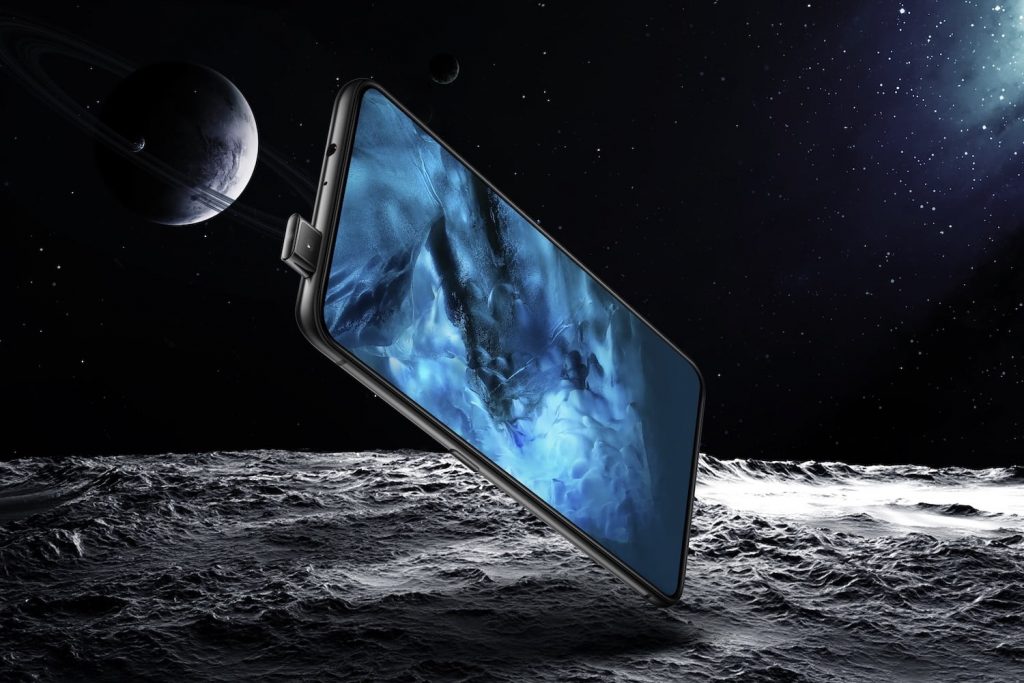 The earpiece has been replaced entirely with new “Screen SoundCasting Technology,” emitting sound from beneath the screen that apparently offers better quality than a traditional speaker, apparently boasting “more powerful bass and softer, smoother treble.”

While it wasn’t mentioned in as much detail as the Vivo Nex’s other features, the ambient light sensor has presumably been moved beneath the screen just as the fingerprint scanner has, similar to what’s been seen on the Honor 10.

Moving to the rear of the device, the Vivo Nex sports a dual camera setup, with a primary 12MP lens backed by a 5MP secondary. This will be backed by intricate image-enhancing artificial intelligence, as seen in Huawei’s triple-lens P20 Pro.

Beyond launching in China, Vivo has yet to confirm an international release date, however it is predicted to arrive before the end of the year.

KitGuru Says: Those staunchly against the notch will be glad to see that the Vivo Nex might just be the beginning of the end for the feature. What do you think of the Vivo Nex?