Fallout Shelter on Android has a release date

Original Story: A couple of weeks back at E3, Bethesda announced its new little mobile game, Fallout Shelter, whilst also showing off tons of new Fallout 4 footage. While Fallout Shelter is a neat little mobile time killer and has been received very well, it is currently limited to iOS users, leaving the Android crowd out.

Fortunately, Bethesda is working on that and now we have a general timetable for when to expect Fallout Shelter to hit Android. According to Bethesda's Pete Hines, the Android version of Fallout Shelter is “coming along nice” and while a date hasn't been officially announced, “it should be out next month”. 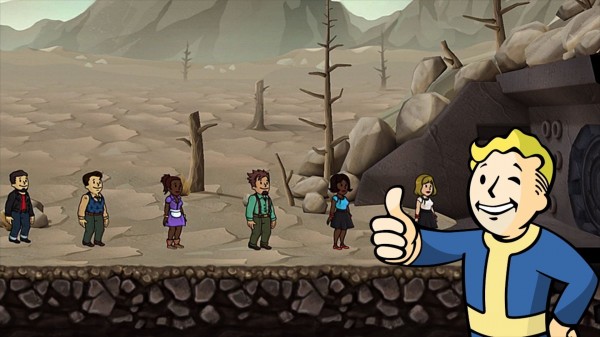 So later on in August, Android users may finally be able to play the Fallout Shelter app, ahead of Fallout 4's launch in November. The game has gone on to be one of the highest grossing apps in the iOS store in just a matter of weeks, even though the game isn't really built around making money.

KitGuru Says: I've sunk some time in to perfecting my own vault in Fallout Shelter since it launched. Its a fun little time waster if you just want something you can check in on every once in a while, although Android users aren't missing out on much. Have any of you tried Fallout Shelter? Are you waiting for it to hit Android?