Google has launched three new short Android ads using a new slogan for the mobile OS, “be together, not the same”. The three ads feature animated characters along with a playful take on the message of Android for everyone while also hinting at the impending Nexus 9 and Nexus 6 announcements. These new 15-30 second advertisements are likely a part of Google’s Android L launch strategy.

The adverts seem to enforce the idea that while there are multiple handsets available from the likes of Samsung, LG, HTC, Sony and Motorola, they all run Android, making freedom of choice the selling point. 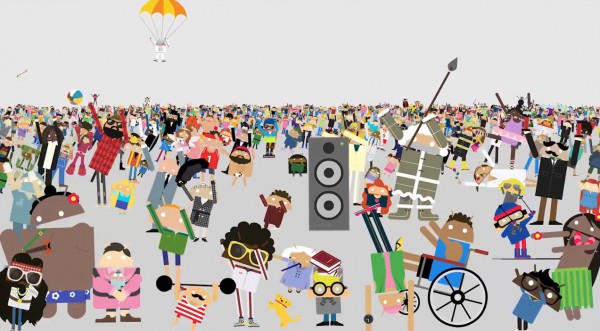 The longer 30 second ‘bus stop’ ad features give characters standing there while the default Android ringtone plays. Suddenly, a giant device running Android L appears, which is a possible nod towards the Nexus 6, which is expected to have a massive 5.9 Inch 1440p display.

KitGuru Says: Google’s new Android ads are actually fairly amusing and may do a good job of grabbing mainstream attention.