Over the years, Google has had no problem coming up with names for its many different flavours of Android, we've had Gingerbread, Froyo, Ice Cream Sandwhich and even KitKat but this year, the company wants a little public input before coming up with a final name for Android N.

At Google I/O, which is taking place right now, Dave Burke, VP of Engineering for Android took to the stage to talk a bit about Android N, explaining that this year, the company took a different approach and released its developer preview builds before the conference. He then went on to say that: “One of the hardest parts of working on an Android release.. is coming up with a name. For the first time ever, we’re inviting the world to submit their ideas.” 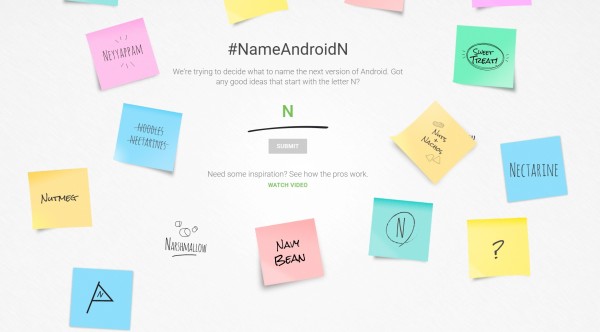 Obviously, Google will be selecting the winner itself, rather than holding a public vote or anything but this is still the first time that it is accepting outside suggestions for the Android name. To submit an idea, all you need to do is head over to the Android/N webpage and type one in.