Someone got Counter-Strike running on a Android smartphone

You can do a lot with smart devices these days and while it is always interesting to see Minecraft or Half-Life running on a smartwatch, it is obviously not particularly playable. However, you can play Counter-Strike 1.6 now on an Android smartphone, with all of the necessary controls and everything.

This isn't a Valve-sanctioned edition of Counter-Strike but a modder known as Alibek Omarov has found a way to port CS 1.6 over to Android and get it running with a touch-screen control interface. 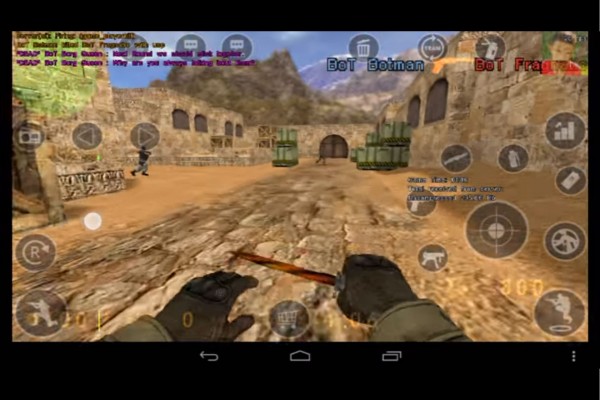 This won't be the optimal way to play a shooter, as you can see from the video the display is pretty cluttered with different controls and buttons. As far as performance goes, the game actually seems to be running fairly smooth, though there were a couple of frame drop moments. In all, it's not a bad effort for an unofficial port, the video does not list what device the game was running on though.

KitGuru Says: I always enjoy seeing little projects like this though I doubt it will convince Valve to make a mobile version of Counter-Strike any time soon.