Ubisoft to ‘punish’ The Division players using a popular exploit

Last week, Ubisoft introduced quite a few additions to The Division, including new gear sets and an extra-hard end-game activity known as an Incursion. It didn't take long for players to discover an exploit in the Incursion, allowing many to cheese their way to better loot fairly quickly- something that Ubisoft isn't too happy about and has announced plans to punish players abusing this exploit.

The Falcon Lost incursion is designed to give out its top-tier rewards just once per week, making it a regular activity for players to come back to in order to complete their gear sets. However, a glitch involving the game's portable cover skill and glitching through a wall allowed players to skip a lot of the fight and get right to the reward. This could be done again and again, giving out decent loot each time. 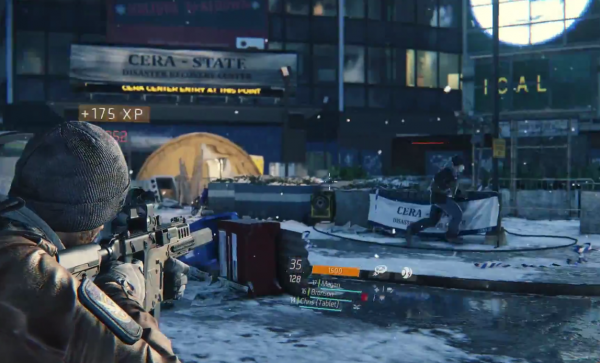 So how is Ubisoft going to discourage players from abusing this exploit before it is fixed? Well, they are still apparently looking into it according to a post from the game's community manager, which says: ” Obviously it is against our Code of Conduct and the team is looking into what can be done in terms of punishment for those who have exploited.”

However, the big problem is that competitive players now feel like they have to abuse this exploit in-order to keep up with the rest of the player base in PvP as the new loot provides quite the advantage compared to what was previously available. Those trying to matchmake for Falcon Lost were also getting kicked from groups for not wanting to do the glitch so it seems to have split the player base quite a bit.

KitGuru Says: I was playing The Division for a bit over the weekend and the global chat was filled with people looking for groups to grind the exploit with so it has become quite a widespread issue. The trouble is, unless Ubisoft can somehow reverse progression or remove these items from the inventories of exploiters, then they will continue to have an unfair advantage in PvP. Have any of you tried out the new Division content? Did any of you partake in the Falcon Lost exploit?