Bq and Meizu to release smartphones based on Ubuntu

Canonical, the developer of Ubuntu Linux operating system and mobile platform, has announced that Bq and Meizu, handset vendors from Spain and China, will use Ubuntu for their upcoming smartphones. The devices will be available later this year and at present not a lot of information is known about them.

The main idea behind Canonical’s Ubuntu platform is to provide unified experience across the whole continuum of devices: from TVs to PCs, to tablets, to smartphones. The icon-based graphics user interface looks consistent on all types of computing devices, but can be customized by manufacturers and operators to better suite the needs of their customers. According to Ubuntu, a common UI toolkit gives devices their own unique footprint and without fragmenting the platform. 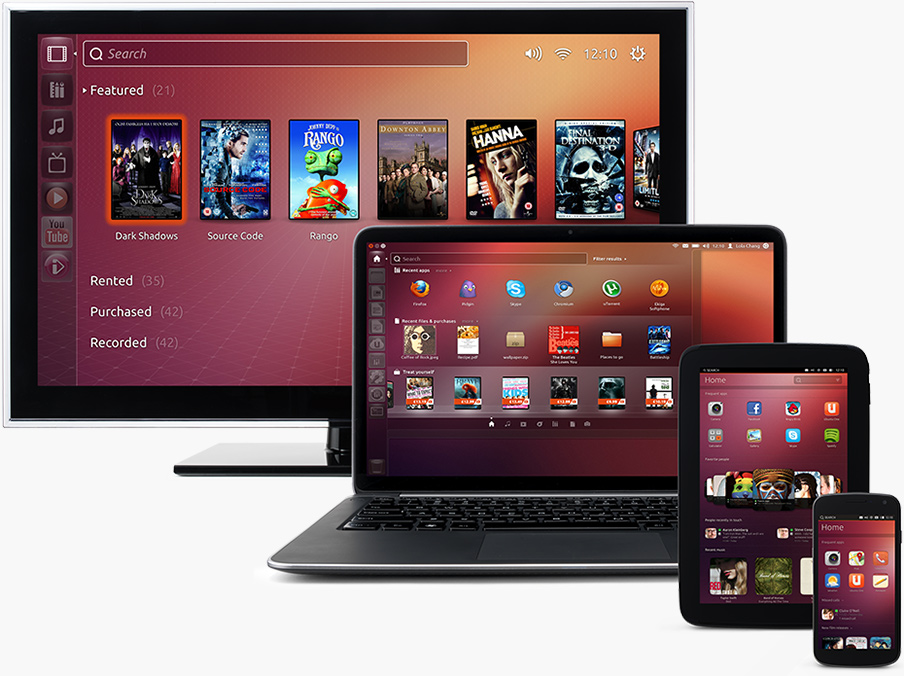 Canonical first introduced its Ubuntu Touch version of its OS for mobile devices early in 2013. According to Wikipedia, the GUI of the operating system is very similar to Apple iOS and Google Android, but has a number of differences: from the Welcome screen, the user could swipe to any of the four directions: up for notifications, left for the app menu, swipe from the right to launch the previous app, and swipe from the bottom to display the operations menu. According to reports, Ubuntu for tablets worked “fine” on the first-gen Google Nexus 7 (Nvidia Tegra 3 with four ARM Cortex-A9) and Google Nexus 10 (Samsung Exynos 5250 with two ARM Cortex-A15). The Ubuntu operating system for smartphones can be downloaded from the company’s web-site.

Nothing particular is known about smartphones from Bq and Meizu, which will be available globally from online stores. The only thing that Canonical has revealed so far is that development programmes had begun with the partners to provide smartphones “with a superior user experience on mid to high end hardware for consumers around the world”.
“Ubuntu’s intuitive and visually stunning user interface aligns with our own ethos of producing simple, innovative mobile experiences,” said Li Nan, Meizu’s vice president of sales and marketing. “This partnership gives us an opportunity to develop a truly different and compelling offering that will support our strategy to deliver devices to both China as well as internationally.”

Carriers and industry players that Canonical has engaged with have also shown their support for Ubuntu and an alternative operating system for the mobile market. To date, Ubuntu’s carrier advisory group has 16 members including Vodafone, EE, T-Mobile USA, Three Group, Deutsche Telekom, Verizon, Telstra and Portugal Telecom. Canonical is also working with a breadth of ISV partners, including The Weather Channel, GrooveShark, Evernote and more, to bring applications and services to Ubuntu.

KitGuru Says: While the support for Ubuntu mobile OS seems to be growing, it should be noted that many big companies support virtually all market players who have any chance to become popular even on niche markets. Actual plans of hardware makers show different picture: Ubuntu will only be used by Bq and Meizu, which barely have any significant market share. None of the network carriers have adopted Ubuntu for custom smartphones which could be made by contract manufacturers. Moreover, there are no TVs or tablets based on Ubuntu, whereas laptops featuring the OS are rare. Without a family of devices on the market, Ubuntu OS just becomes considerably less competitive compared to Apple iOS/Mac OS X, Google Android/ChromeOS and Microsoft Windows.

Previous Nintendo cleared in 3DS and DSI patent infringement case
Next Intel: our relationship with Apple continues to grow closer