Hewlett Packard on Wednesday returned to the market of smartphones and introduced its highly-anticipated handsets. The new “Slate VoiceTab” family of devices offers large displays and promising performance. Unfortunately, those hybrid smartphones will be initially available only in India and, perhaps, some other developing countries.

The line of HP’s smartphones includes Slate6 VoiceTab and Slate7 VoiceTab devices with whopping 6” (1280*720) and 7” (1280*800) displays. Not a lot of information is known regarding the novelties, but from what HP has disclosed it seems that the devices are to be positioned as high-end products on the markets they are supposed to be sold. 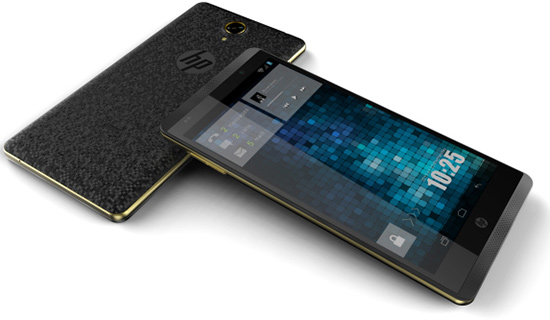 The HP Slate6 VoiceTab is only 8.98mm thick, whereas the HP Slate7 VoiceTab is 9.5mm thick. Both phablets feature premium pixilated, scratch-resistant carbon fiber cases, something not common even for high-end smartphones in Europe and the U.S.

“Consumers are looking to consolidate their phones and tablets, which is propelling the voice tablet market,” said Ron Coughlin, senior vice president of consumer personal systems group at HP. “This is an exciting new category that represents a meaningful growth opportunity for HP. Our HP Slate VoiceTab provides consumers with a high-quality product at a great value.”

The HP Slate6 VoiceTab and HP Slate7 VoiceTab are expected to be available in India in February.

KitGuru Says: While not all specifications are known at present, the new phablets from HP look decent even for developed countries. Perhaps, after certain tweaking they will become available on established markets as well?

Previous Samsung to put more efforts into development of tablets
Next Motorola stays focused on phones, but ‘looking’ at tablets