Samsung to put more efforts into development of tablets

When it comes to smartphones, Samsung Electronics’ Galaxy S-series provides almost unbeatable performance and feature-set, in many cases these handsets are more impressive than Apple’s iPhones. But when it comes to media tablets, then Galaxy Tab family has a limited amount of advantages compared to the iPad. This year, the company will attempt to bring more innovations into the tablet space.

Since smartphones sell in considerably higher quantities than media tablets, for years Samsung Electronics has been adding impressive functionality to its Galaxy S- and Galaxy Note-series devices. While the company has created three generations of Galaxy Tab slates, evolution of those products has been pretty slow in many cases; for example, last year’s Galaxy Tab 3 10.1” featured the same display resolution – 1280*800 – as the first-gen 10.1” model back in 2011.

Still, sales of Galaxy Tab have been growing throughout the history of the product family. Last year Samsung shipped 40 million tablets and held around 20% share of the global tablet market, according to Lee Young Hee, executive vice president of Samsung’s mobile business unit. This year the company will put more efforts into development and marketing of its tablets so to grab even higher market share and better compete against Apple iPad, the world’s most popular family of slates.

“We had put relatively fewer resources and focus, including marketing, on tablets, but from this year we will consider it as one of our key major focuses. We still have room to improve,” said Lee Young Hee in an interview with Bloomberg news-agency. 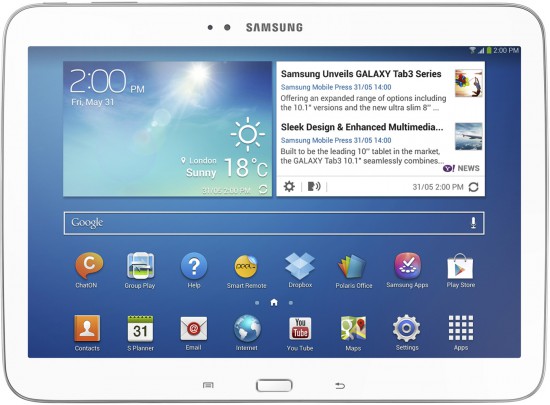 At the Consumer Electronics Show earlier this month Samsung introduced two high-end tablets with 12.2” displays designed for professional and business users. The Galaxy NotePro (which uses a stylus) and the TabPro slates boast not only 2560*1600 scree resolution, but also octa-core Samsung Exynos 5420 or quad-core Qualcomm Snapdragon 800 application processors, which are among the world’s most powerful SoCs for mobile devices.

KitGuru Says: At present, Samsung is the world’s largest supplier of Google Android-based smartphones and is believed to be the only maker who actually earns considerable amount of money on the platform. With a more competitive family of tablets, the company will just easily boost its sales and will become even large player on the market of mobile devices. But will Galaxy Tab leave iPad behind in terms of unit sales?