Sales of Nokia Lumia devices improve, but not significantly

Sales of Lumia branded smartphones on the second quarter of calendar 2014 were up sequentially and year-over-year, but remained generally low. Despite of efforts by Nokia Corp. and Microsoft Corp., sales of Windows Phone-based Lumia handsets are below shipments of Nokia's Symbian-based smartphones several years ago.

Microsoft on Tuesday said that shipments of Lumia smartphones for the fourth quarter of its fiscal 2014 (ended on the 30th of June, 2014) totaled 5.8 million units. Microsoft’s fiscal year 2014 includes the results of the Nokia’s devices and services business for the period beginning on the 25th of April, 2014, hence, 5.8 million are not total sales of Lumia for calendar Q2 2014. However, if sales of Lumia were on the same pace throughout the quarter (around 87.87 thousand of handsets sold per day), then total shipments of Lumia were approximately 7.9 million units last quarter. 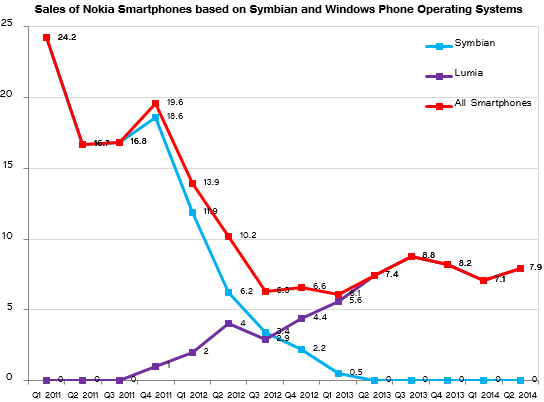 While 7.9 million is a respectable number and represents an increase of sales both sequentially and year-over-year, it is considerably lower compared to rivals as well as Nokia’s won results in the previous years. For example, Apple sold 35.2 million iPhone smartphones during the quarter ended on the 28th of June, 2014.

Keeping in mind that sales of Windows Phone-powered Lumia smartphones have been essentially stagnating for about a year now, it will be interesting to see how Microsoft plans to increase them. The iPhone and the Android continue to be the platforms of choice for customers worldwide and Microsoft cannot radically slash the prices of Lumias without making massive losses. Moreover, Nokia/Microsoft existing customers are hardly loyal to the brand, especially keeping in mind that the Nokia name will vanish from phones in less than two years. 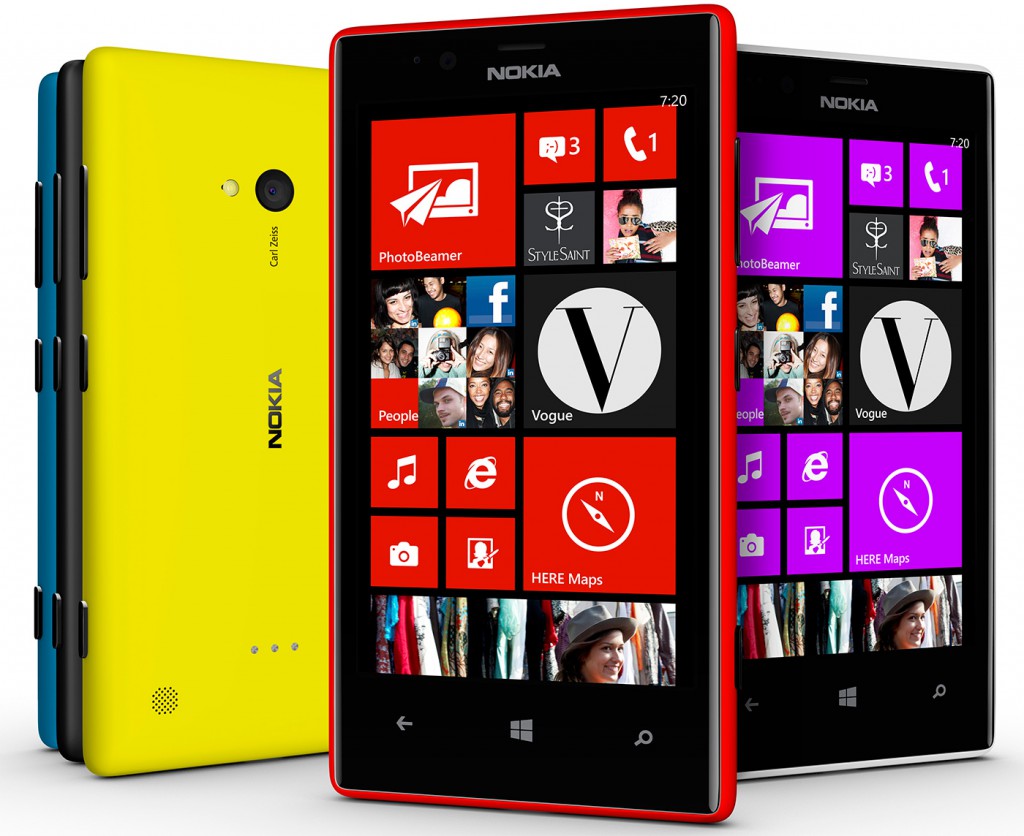 Last week Microsoft announced a restructuring plan to streamline and simplify its operations and align the recently acquired Nokia devices and services business with the company’s overall strategy. Under the terms of the new plan the company will cease development of new feature phones, Asha low-end smartphones and Nokia X handsets based on the Android operating system.

KitGuru Says: It will be interesting to see whether Microsoft manages to make Lumia more competitive than Nokia’s own team did. Something tells me that this will barely happen…

Please note that shipments numbers of Nokia Lumia smartphones in the Q1 2014 and the Q2 2014 are estimates by Tomi Ahonen Consulting and KitGuru, respectively.

Previous Apple orders 70 million iPhones ahead of launch
Next Microsoft to cease development of Asha, feature-phones