Sony to launch ‘slimmest’ PlayStation in the U.K.

An invitation to a Sony event in London on the 30th of January, 2014, implies that the company plans to introduce “the slimmest” PlayStation in the United Kingdom late this month. It is likely that the device will reach the market already in February, but what exactly will that be?

“Following the biggest launch in the PlayStation history, join us for an introduction to the slimmest,” reads the flyer that Sony sent to certain members of the U.K. press. The company did not specify what exactly it plans to reveal, but only said that it is a PlayStation-branded product that is slim. 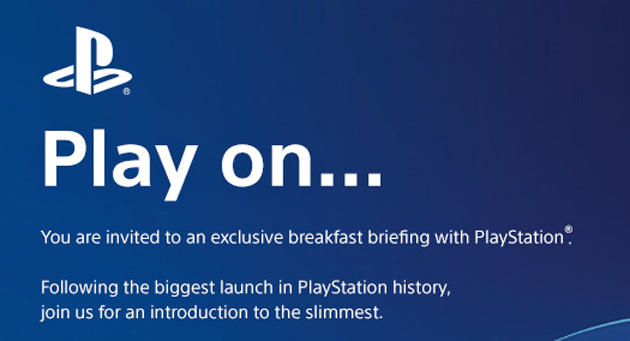 There are two slim PlayStation products that have already been announced in Japan, but which are not yet available in the U.K. Firstly, there is the latest version of PlayStation Vita handheld with LCD display (which replaces OLED screen on previous-gen PSVs) that is about 15mm thick. Secondly, there is PlayStation Vita TV console that is 13.6mm thick.

At present both the PS Vita with LCD display as well as the PS Vita TV are only available in Japan and Asia. Hence, their launch in the U.K. next week may be a big deal for the video game market.

KitGuru Says: Both consoles look impressive on paper, especially the PS Vita TV, which promises loads of games and capabilities for just around £60 (without a DualShock controller). But will the PS Vita TV actually become popular in the U.K., U.S. and other established markets?