There are plenty of various docs for Apple’s iPhones and iPods, which have different capabilities and look. Apparently, the guys from Hannover, Germany-based Hardwrk company decided to make a dock that would also feel differently and created an iPhone 5 dock made of pure concrete.

The hardwrk Massive Dock dock fits all iPhone 5 models (iPhone 5, iPhone 5s and iPhone 5c), it is made of pure concrete, it weighs massive 570 grams, it looks like nothing else and because every stone is unique in structure, each hardwrk dock is unique. Every Massive Dock is inspected by hand, polished, cured and sealed to avoid impurities. 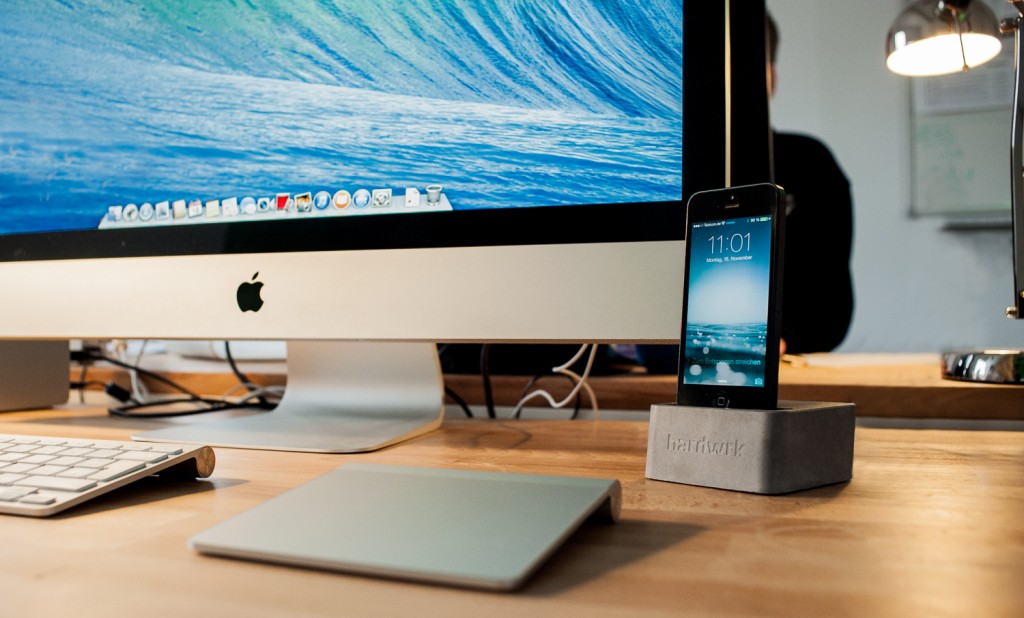 The bottom of the hardwrk Massive Dock features micro-suction-pads, so once it is placed on a flat surface, it adheres itself to it. After this, the iPhone can be mounted and unmounted easily with one hand. Unfortunately, the Apple Lightning connector is not put in place at the factory by the manufacturer, but should be installed by the user himself/herself into a silicone inlay. The latter naturally bends, so in some cases difficulties with docking might occur (at least, theoretically). 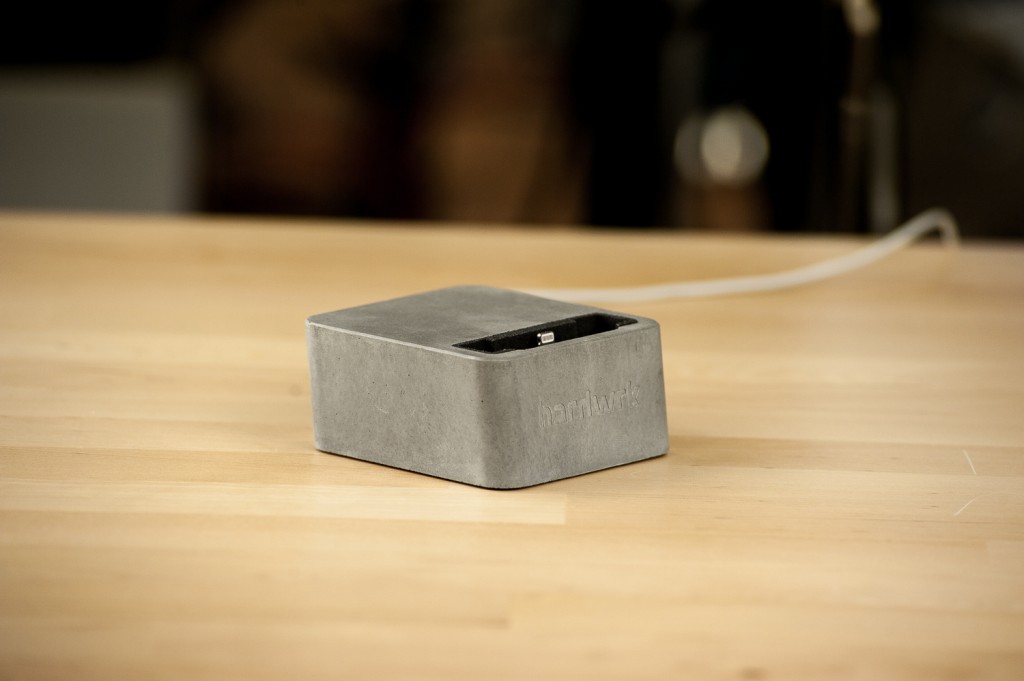 While in production, the Massive Docks need to pass several quality control stages. From the blend of the raw material up to the surface finishing, every dock is examined and refined several times until it passes all tests, only then is it packed and shipped. Since each concrete piece has a unique structure and hardens differently, every dock has its own characteristics regarding surface and texture. Each customer will receive his own one of a kind original, but with guaranteed level of quality. 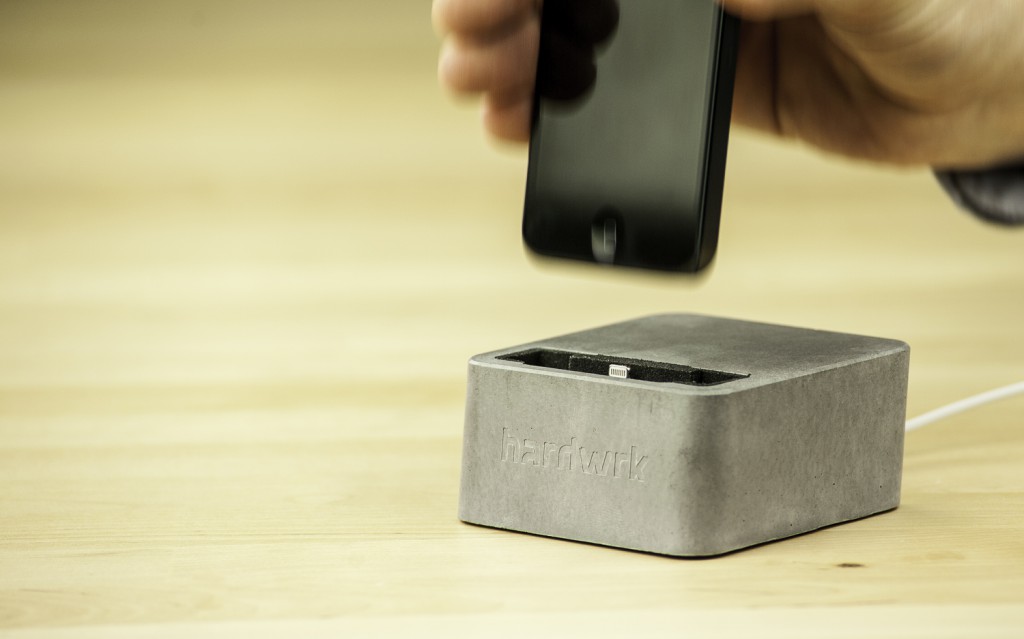 The hardwrk Massive Dock may not be the best iPhone 5 dock ever, it does not feature integrated speaker or built-in TRRS connector, it may even scratch your iPhone 5 since concrete is harder than aluminum or polycorbonate (materials of which the iPhone 5 smartphones are made). However, it looks good, it should feel great and every Massive Dock is unique.

At €60 including shipping, the dock clearly is a rather expensive one.

KitGuru Says: While the gadget may be expensive overall when buying for yourself, it is certainly is a nice gift idea!

Previous AMD Radeon R9 295 X2: final specs out, card may not fit into all PCs
Next Hexacopter drone falls during race, injures athlete