Apple is recalling faulty plugs that pose a safety risk

Apple has identified a safety risk with some of its three-pronged AC adapters, warning owners that there is a chance they could cause an electric shock. The company has therefore issued a voluntary recall and exchange for affected plugs in the United Kingdom, Singapore, Hong Kong and their travel counterparts.

Affected plugs were shipped with Mac and some iOS devices between 2003 and 2010, as well as sold separately within the Apple World Travel Adapter Kit during that time. In what Apple considers to be “very rare cases,” these adapters can break down and subsequently cause electric shocks if touched. 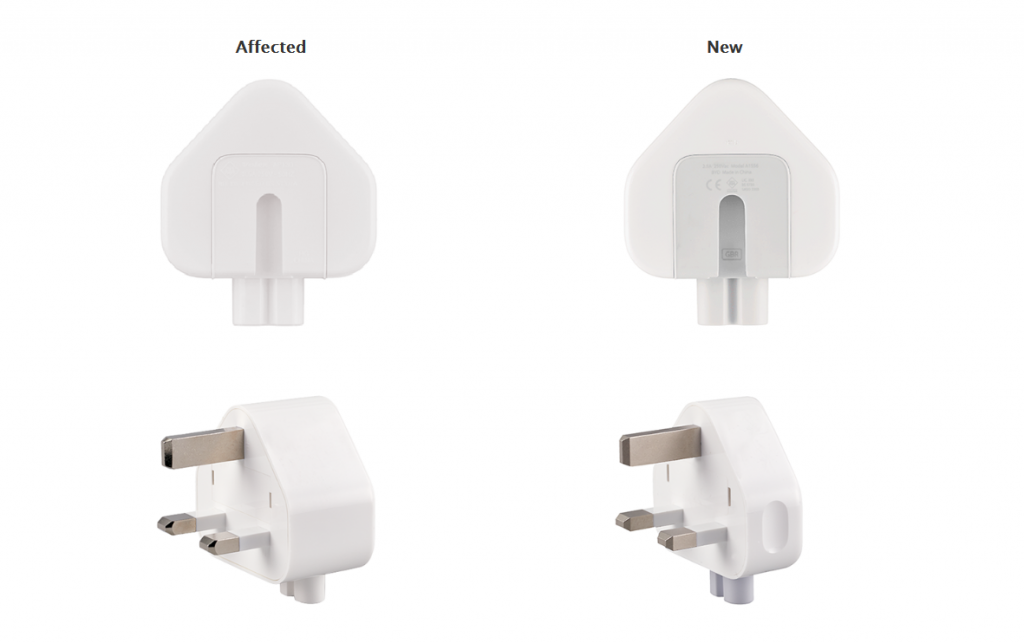 “Customer safety is always Apple’s top priority, and we have voluntarily decided to exchange affected wall plug adapters with a new adapter, free of charge,” reads Apple’s recall notice. Considering newer models have a grey slot with written certification over it, identifying affected three-pronged models should be easy with their pure white casing. Alternatively, Apple can identify the serial number through authorised service providers, an Apple store or through online support.

This problem echoes another that Apple suffered in 2016, when the company recalled 2003-15 AC power adapters in Europe. Apple has refused to provide detail on the extent of the current problem, but has said that it is aware of at least six incidents across the world so far.

KitGuru Says: Recalls are pretty common in the tech world given that nothing is perfect. We recommend making use of the recall if eligible though, as it is never worth risking safety.