12 Inch iPad delayed due to high iPhone 6 Plus demand

Rumors of a larger 12 Inch ‘iPad Pro’ have been circulating for some time now. However, new reports are suggesting that the larger tablet has been delayed due to unforeseen iPhone 6 Plus demand. The iPad Pro is still set to be revealed at Apple’s event on the 16th of October but much like the iWatch, it won’t be available to purchase until next year.

According to The Wall Sreet Journal’s Apple supply chain sources, the company originally hoped to start producing the new iPad in December but display manufacturers lack the capacity to ship 12.9 Inch panels in volume that soon, as they are already struggling to keep up with iPhone 6 Plus demand. 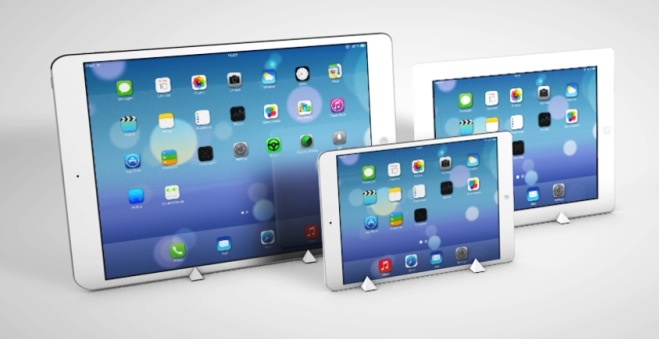 This is an unofficial concept image: Source.

An anonymous source said: “It would be challenging for display makers to split resources and spend a few months to ramp up production for a new larger screen iPad now.”

The iPhone 6 and 6 Plus were both announced last month, Apple managed to sell 10 million units in total over the launch weekend. However, it turns out that the production output of the iPhone 6 Plus is still “unsatisfactory”.

KitGuru Says: Apple’s rumored ‘iPad Pro’ is expected to launch with a 12.9 Inch screen, which is almost as big as many laptop screens. Do you think tablets should be that big? I’m not sure if such a huge iPad would catch on with consumers.