Apple beats out Samsung for top spot in smartphone market

It looks like Apple has taken the crown as the world’s top smartphone seller once again, after overtaking Samsung in the fourth quarter of 2016. It seems that some of Apple’s growth last quarter can be attributed to Samsung’s battery misfortunes, which kept the Note 7 off the market, leaving the Galaxy S7 as Samsung’s only premium option for 2016.

According to a statistics report from Strategy Analytics, there has also been some growth in major developing markets like China and Africa. In total, Apple managed to sell 78.3 million iPhones during Q4 2016, which is higher than the 76.3 million figure that analysts had previously predicted. Essentially, Apple captured 18 percent of the smartphone market. 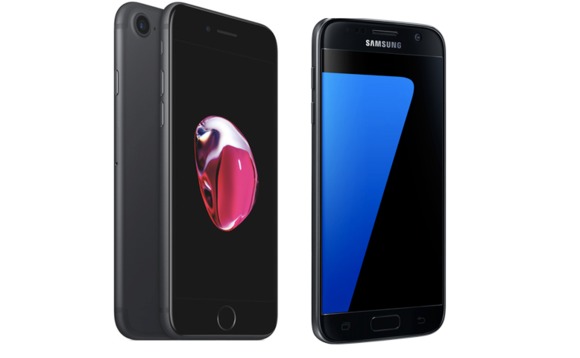 In comparison, Samsung shipped 77.5 million smartphones during Q4 2016, so the company wasn’t too far behind and may well catch back up as soon as the Galaxy S8 hits. If the Galaxy Note 7 had stayed on the market, then perhaps Samsung would have far exceeded Apple’s sales for the quarter.

According to the numbers, Apple and Samsung are still in a league of their own as far as the smartphone market is concerned, as in third place we see Huawei, who sold 44.9 million units in Q4 2016, a far cry from first or second place. Following Huawei is OPPO, which sold 29.5 million smartphones, with Vivo falling in fifth place with 25.6 million sales.

KitGuru Says: Apple and Samsung are in a league of their own when it comes to smartphone sales but this time, Apple just about managed to edge it out. What smartphone do you currently use? Are you with Apple or Samsung? Or do is there another smartphone maker you prefer?