Apple is working on bringing Force Touch to keyboards

Apple has been really pushing its Force Touch technology recently. The new haptic feedback feature has quickly been implemented in to Macbook trackpads, the Apple Watch, the latest iPhones and now it looks like it could be coming to keyboards as well, if this recently filed patent from the company is anything to go by. The patent details the use of a force touch sensor within a key cap.

The patent is titled ‘ultra low travel keyboard', so presumably, the key caps would be close to flat as they are on the current Macbook, and Force Touch sensors would deliver feedback in the form of a click to make the typing experience a little better. 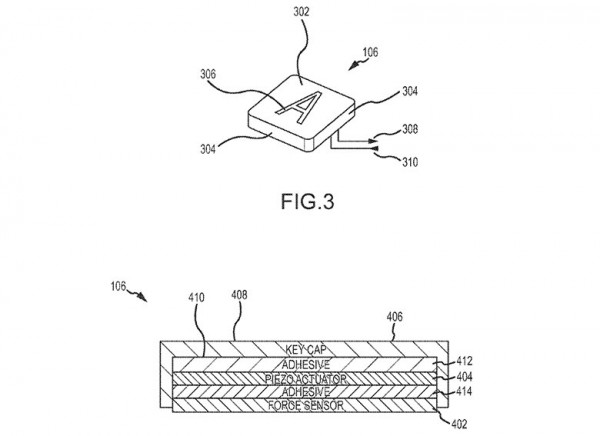 Given the quick implementation of Force Touch in Apple's other products, it is possible that we will see it put in to keyboards next year alongside new laptops. Apple could also potentially release a new wireless keyboard for Mac users. All of that said though, a patent filing isn't always a guarantee that a product is going to make it to market, so we will have to wait and see.

KitGuru Says: Apple seems to be pushing Force Touch in to all of its other products so it wouldn't surprise me to see it in a keyboard as well. Have any of you tried the Force Touch features either on the new Macbooks or the iPhone 6s? I must admit, it is surprisingly good.