Apple wants to replace the retina displays on the Macbooks affected for free if you bought your laptop within the last three years. However, those that pick one up from the 16th of October will only have one year or coverage from Apple, according to an internal memo forwarded to Macrumours from its own sources. 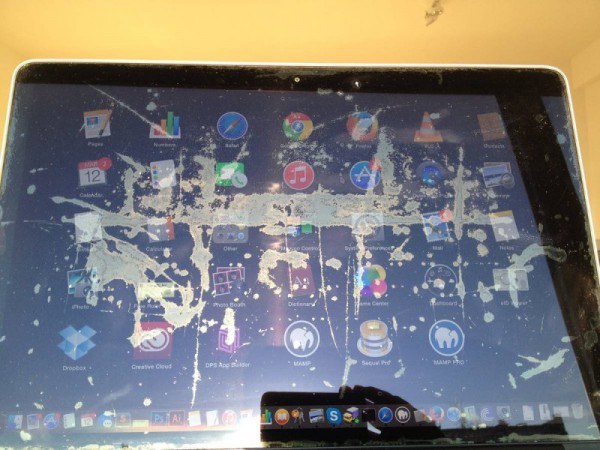 Customers that are affected by this screen staining issue can book a ‘Genius’ appointment, where one of Apple’s people will take a look at the laptop and help sort you out a replacement. Those who have already paid for a screen replacement prior to this announcement may be eligible for a refund if you contact the Apple Care support team.

This isn’t a massively wide-spread issue, though there is an online database known as Staingate, which has catalogued around 6000 occurrences of this issue so far, so clearly Apple needed to do something.

KitGuru Says: These displays can become unusable in some cases. The picture in the article is an example of a pretty extreme case, so it only seems right for Apple to issue replacements.