Apple is apparently going to bring split screen multitasking to iOS 9, allowing iPhone 6, 6 Plus and iPad users to make better use of their screen real estate by opening up multiple apps at once. If such a feature exists, then we will likely see it for the first time at WWDC in June, when Apple will give developers access to the upcoming version of its software.

According to 9to5Mac, the split screen feature will allow users to place a second app on-screen, taking up either a third or half of the screen. This would work particularly well on the rumored 12-inch iPad Pro, which we have been hearing about for quite some time now. 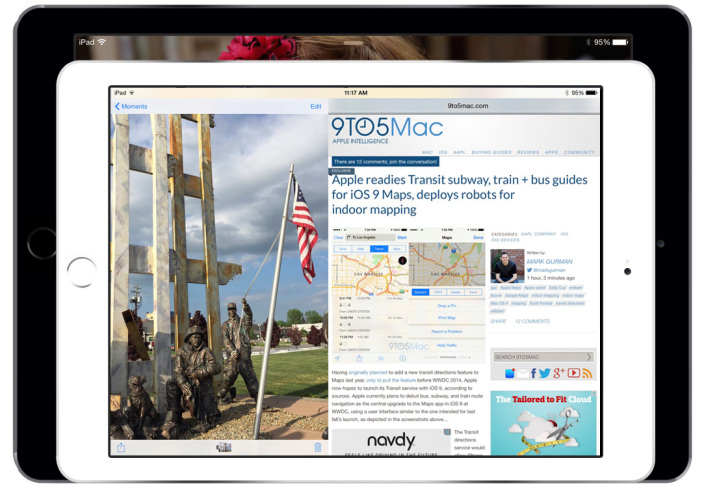 In addition to this, Apple may be planning to make it easier for families to share a tablet by adding in multiple user accounts, a feature that Android users have been making use of for a while now. Such a feature could also help out businesses or schools as well.

The latest versions of iOS tend to be announced at each year at Apple’s World Wide Developers Conference, it is unlikely that tradition will break this year so expect to hear more iOS 9 news early next month.

KitGuru Says: Split screen multitasking would be a particularly useful feature for quite a few people. Do any of you own a tablet? Would you like to have more than one app open on the screen at once?

Previous KitGuru Complete Guide to Buying a Workstation
Next Win 3 Total War ATTILA keys with KG and MSI this weekend!