Back in September, alongside the iPhone 6s launch, Apple announced the long rumoured iPad Pro, a 13-inch tablet, which is aimed at multi-taskers. Now, the tablet is finally ready to go on sale, with a date pencilled in for the 11th of November this week here in the UK. Given the beefed up specifications over the other offerings in the iPad lineup, the Pro will feature a much bigger price tag, starting at £679.99 for the base model.

The iPad Pro comes with a large retina display, but it is also packing an A9x ‘desktop class' processor inside, which is Apple's fastest chip yet and isn't featured in any other product so far. The base model offers 32GB of storage, while the 128GB model with LTE will cost £899.99, which is verging on Macbook Pro territory in terms of price. 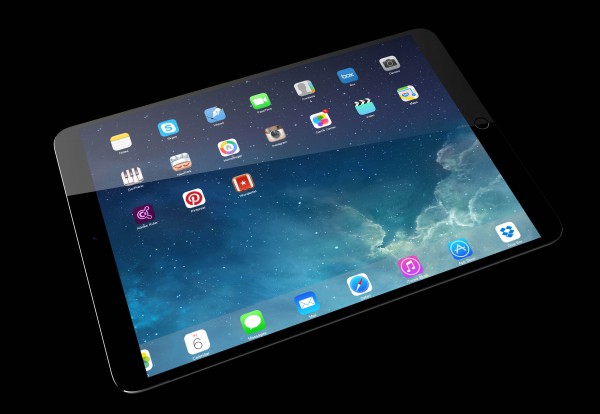 Alongside the iPad Pro, Apple will also begin selling the Apple Pencil, a fancy stylus which is unfortunately designed quite poorly. To charge the Apple Pencil, the company recommends that you plug it in to the charging port on the iPad Pro itself, which will leave it sticking out of the bottom of your tablet. This stylus isn't cheap either, with a £79.99 price tag.

Aside from the Apple Pencil, there is also a keyboard attachment planned, which will cost a hefty £139.99. Clearly, Apple is expecting professionals to buy this thing, given the expense and attachments that make up the complete package.

KitGuru Says: I do quite like the iPad line myself, though I do think that the Apple Pencil is a little ridiculous, especially considering the way they are expecting you to charge it. However, I also wonder how many people are going to want a bigger iPad at such a high price. Do any of you own an iPad? What do you think of the Pro?