Update: Consumer Reports has finished re-evaluating Apple’s latest MacBook Pro, changing its verdict to recommend the laptop. Initially, the laptop received a poor review due to battery issues that only really kicked in under specific circumstances. However, after Apple pointed out the ‘obscure bug’ and patched it out, the magazine decided to take a second look and sure enough, battery performance is now much improved.

“With the updated software, the three MacBook Pros in our labs all performed well, with one model running 18.75 hours on a charge. We tested each model multiple times using the new software, following the same protocol we apply to hundreds of laptops every year.”

There have also been fewer reports of poor battery life with the MacBook Pro with Touch Bar recently, so it seems that the new macOS may have just been suffering some early issues, which have been fixed over time.

Original Story: A couple of months back, Consumer Reports took a look at Apple’s latest MacBook Pro and ended up bashing the laptop for its poor battery performance. At the time, Consumer Reports stood by its initial assessment and said that it would not be doing a second set of tests but after some additional persuading, it seems that Apple has managed to prove that the poor results previously on display were the result of a software bug.

The magazine previously tested three MacBook Pros, one of which produced battery life as low as 3.75 hours. We have also heard a number of times that MacBook Pro with Touch Bar owners are experiencing very poor battery life even under light loads. 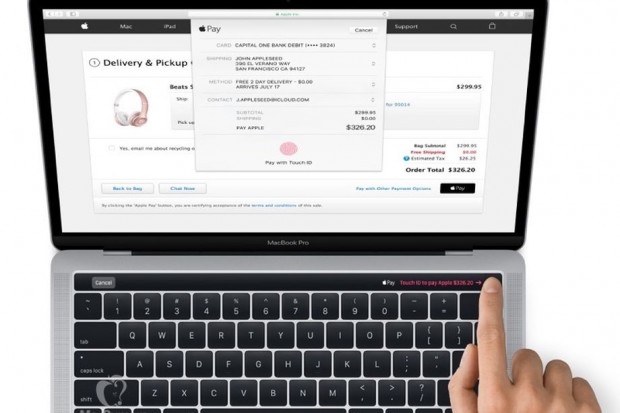 However, on Tuesday, Consumer Reports revealed that its initial test of the MacBook Pro was flawed, as it turns out that switching off the Safari browser cache causes a bug that drains battery life. The magazine will now be retesting the laptop’s battery and will reveal its new results soon.

In a statement sent over to ReCode, an Apple spokesperson said: “We appreciate the opportunity to work with Consumer Reports over the holidays to understand their battery test results. We learned that when testing battery life on Mac notebooks, Consumer Reports uses a hidden Safari setting for developing web sites which turns off the browser cache. This is not a setting used by customers and does not reflect real-world usage. Their use of this developer setting also triggered an obscure and intermittent bug reloading icons which created inconsistent results in their lab.”

KitGuru Says: While Consumer Reports’ initial assessment may have been flawed, there are still real customers out there complaining about battery life with the new MacBook Pro, which Apple still needs to address.