The iPhone 7 Plus makes Apple’s camera bump even uglier

At this point, we pretty much know exactly what to expect from Apple when Tim Cook walks out on stage at the annual iPhone announcement event in September. However, while the iPhone 7 (4.7-inch) won't look much different from the iPhone 6 and 6S, the iPhone 7 Plus will have some significant changes, with an uglier dual-camera bump and a new ‘smart connector'.

The camera bump has been a downside for many on the new iPhones but in use, it doesn't really get in the way on the iPhone 6 or 6S. However, with the iPhone 7 Plus, the bump has grown in order to accommodate the new dual-camera design. There is also a new smart connector on the back of the phone, similar to the one found on the Apple Watch. 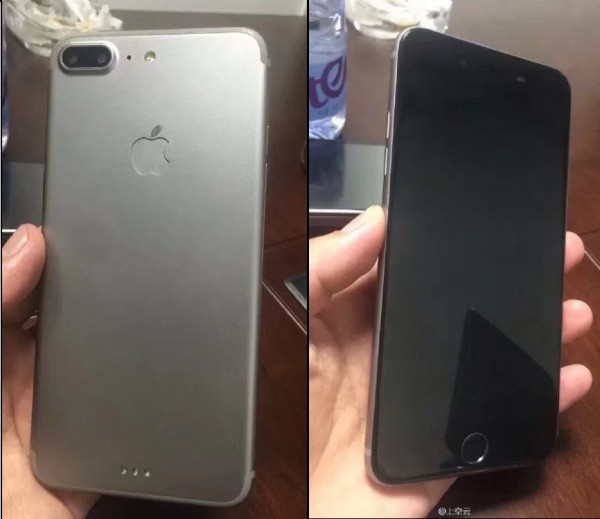 These leaked images came from a leak on Chinese site, Weibo, and according to 9to5mac's sources, the iPhone 7 Plus may end up being called the iPhone 7 Pro, in keeping with Apple's new iPad naming scheme. Some previous rumours also pointed to a touch sensitive home button appearing on this year's iPhone, according to this leak, that won't be the case.

One thing that is worth keeping in mind is that right now, the smart connector has not been confirmed by any leakers to appear on the final design. So it is possible that what we are looking at here is a prototype, rather than the final design.

KitGuru Says: As you can probably tell from the headline, I'm not a big fan of the bump for the dual-camera design on the iPhone 7 Plus/Pro. Hopefully this leak ends up being inaccurate but given how close we are to launch, it is difficult to discount it completely.

Previous Megaupload will make its return in January
Next Cooler Master revamps its liquid coolers, fans and thermal paste